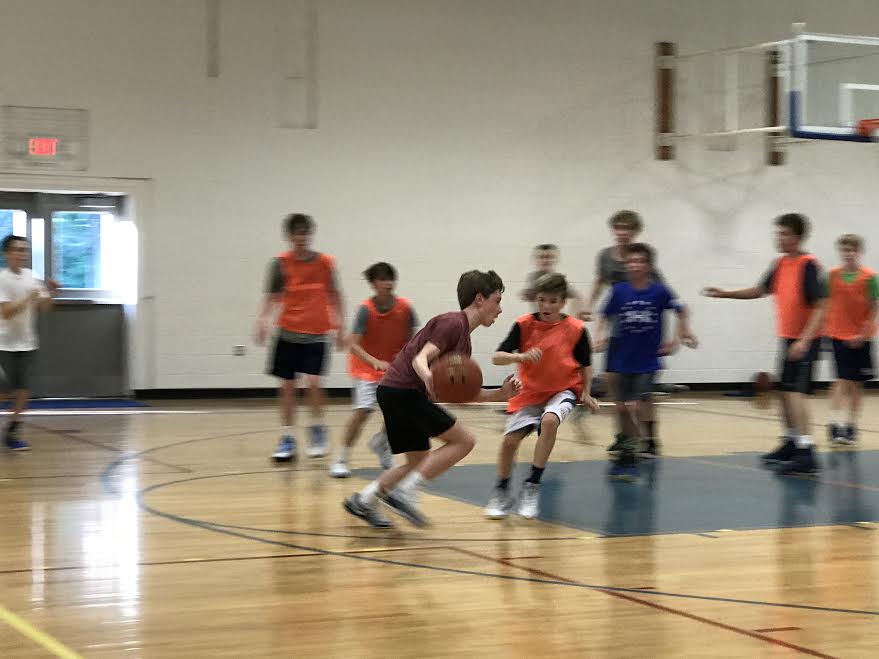 In Week 1 of the Fierce Summer Pick-up Games… it was all defense and offensive ball movement.

In the 5/6th grade session, Coach Matt’s squad jumped out to a quick start and never looked back. They were led by the inside combination of Nicolas Alvarez and Theodore Mante and the fast break speed of Emmett Derby, Jack Plesser, Ryan Moore and George Todorovich. Coach Judah’s team did everything they could to keep it close, led by the scoring punch of Ben Davenport and Ryan Mollica. And Liam Yin would not quit fighting for the rebounds.

In the 7th grade session, the script flipped and Coach Judah’s group got the last laugh. Jack Petrafesa, Eamon Jones, Liam Ryan and Johnny McCain led the perimeter attack. Stephen Keating was cleaning up the offensive boards for easy points, and Aston Martin was running the floor for easy baskets. For Coach Matt’s team, Griffin Harding mixed up a variety of moves all the way to the final buzzer. Jack Knott showed off his developing long-range shooting. Gavin McCarthy dazzled the crowd with his hustle, ball-handling and scoring ability.