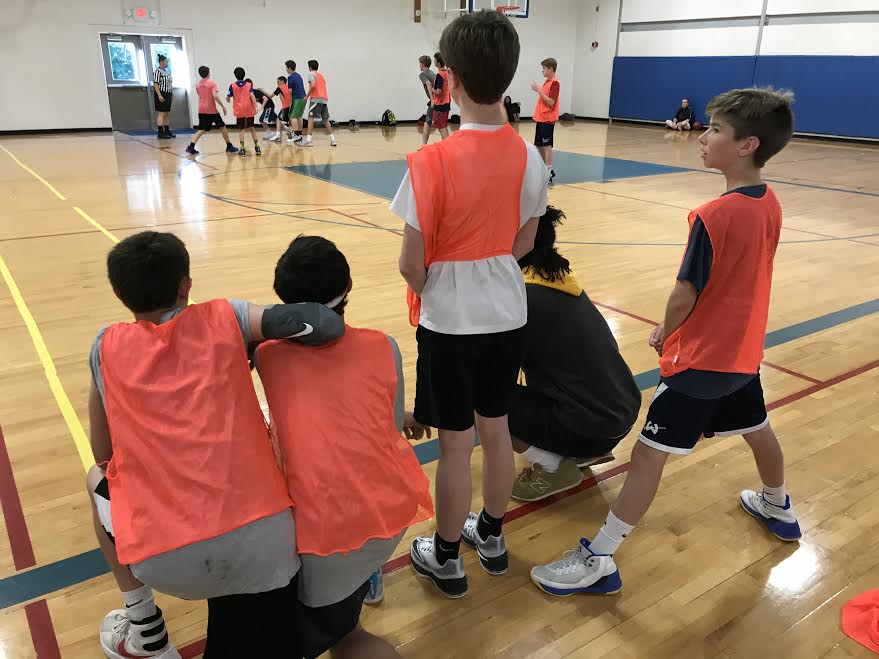 In Week 2 of the Fierce Pick-up Games, the defense and hustle continued.

In the 5/6th grade session, Coach Matt’s team pulled out a hard contested game that was within reach for Coach Judah’s crew until the end. George Todorovich starred for Team Matt with an excellent all-around performance. Ryan Mollica facilitated the offense as point guard, with smart decision-making. Ryan Moore and Martin Alvarez used great hustle to make key contributions down the stretch. For the ‘Fighting Judahs’… Jack Plesser displayed impressive speed and athleticism. Ben Davenport and Nicolas Alvarez played strong on both offense and defense.

In the 7th grade session, Coach Judah’s troops squeaked out a dramatic 1 point victory that came down to the final buzzer. Jack Petrafesa scored a scoop lay-up with 15 seconds remaining to take the lead 51 to 50 — the final score. Charlie Began animated the crowd with an assortment of chase down rejections reminiscent of Lebron James in the 2016 Finals (not 2017). Thomas Schindler put in 3 three-pointers from different spots on the floor. Coach Matt’s group was led by a monstrous estimated 30 point 20 rebound performance from Stephen Keating. Jack Knott was stretching the floor with his distance shooting. Liam Ryan, Johnny McCain and Gavin McCarthy all made contributions of their own.