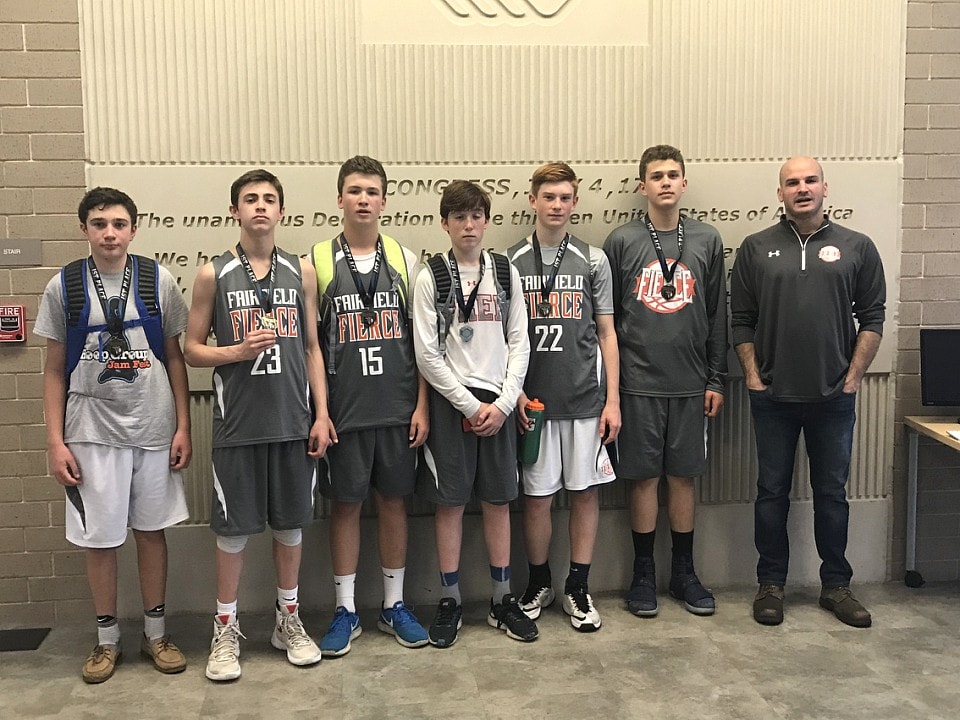 Dramatic Finishes to the Spring

The Fierce program finished the spring in dramatic fashion today all across the Tri-state area.

In Bristol, CT — 13-Under Lipow won all 3 of their games to capture a 2nd consecutive tournament. In their early game, it took every second to pull it out, as Jack Petrafesa drilled a buzzer beater from two feet beyond the top of the key to flip a 1-point deficit into a 2-point victory. Petrafesa used a strong down screen from Charlie Began and received a perfect pass from Max Andrews to find his groove.

The group used the game winner as momentum for the remainder of the day. They played scrappy team defense and displayed unselfish ball movement. Griffin Harding went to another level defensively. Thomas Schindler and Dillon Mannix were spraying in shots from all over the court, Jack Knott found his shooting stroke as well and gathered in the boards, and Sean Racette was setting up teammates with precision passing. Congrats to the boys on another tournament title!

Meanwhile in Ardsley, NY — 13-Under Seawright split 2 games. But it was the way they capped off the season that counted. The group stuck together through adversity all spring, and in the final game, the stars aligned as they pulled out an overtime thriller. Liam Ryan scored the go-ahead basket. BSNY Metro then tied the game at 50 to 50, but Liam threw a baseball pass to Matt Vivona who was fouled with 2 seconds remaining. Matt made both free throws to seal the game for the Fierce. Jack Murphy ripped down 12 rebounds, while Aston Martin scored 8 points to go along with 10 rebounds, and Jack Balsano brought great all-around energy to the game.

Finally in Brewster, NY — 11-Under Binder also split 2 hard-fought games, for a strong finish to their season. The squad outlasted High Rise Basketball in an overtime thriller of their own, thanks to 2 clutch free throws by Emmett Derby with 4 seconds remaining. Gavin McCarthy and Ben Davenport led the way in scoring, Nicolas Alvarez contributed across the stat line, and Wyatt Dodge and Roan Smith played strong defense.

Thank you to all Fierce families for a fantastic 2017 Spring Season. And a great way to wrap it up!