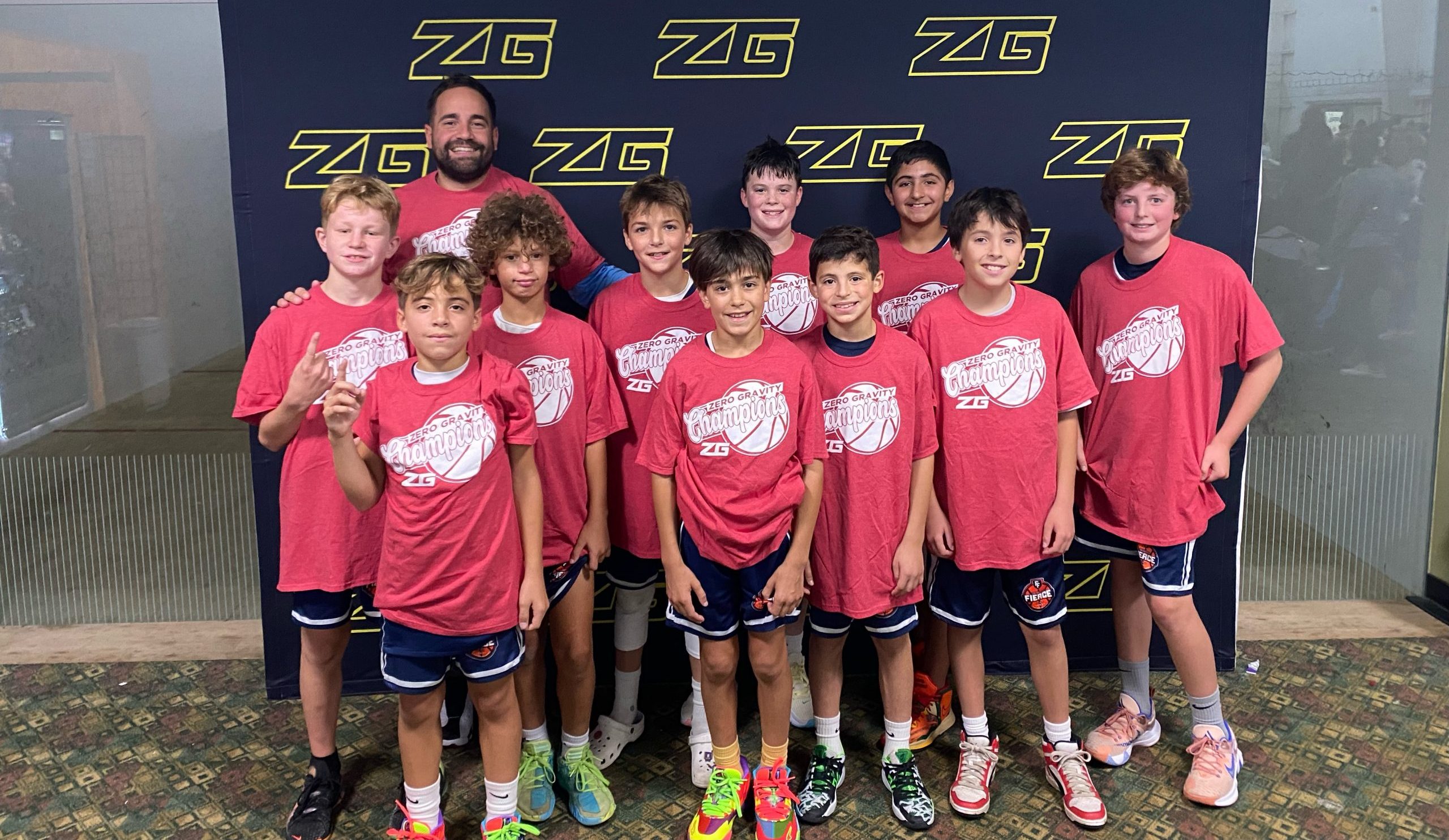 Congratulations to our 6th grade boys for winning the Metropolitan Grand Opener! Tough competition all the way to the title game. They defeated Northeast Elite in the championship by a final score of 39-35.   5th grade capped off their weekend with a thrilling 20 point unanswered run to come back and beat Fenom Fire. Noah Clark scored 16 points, Ben Spring had 10 points and Jonah Montalvo dominated the inside.   8th grade (Redding) closed out with a hard-fought two point win of their own over New Rochelle Kings. 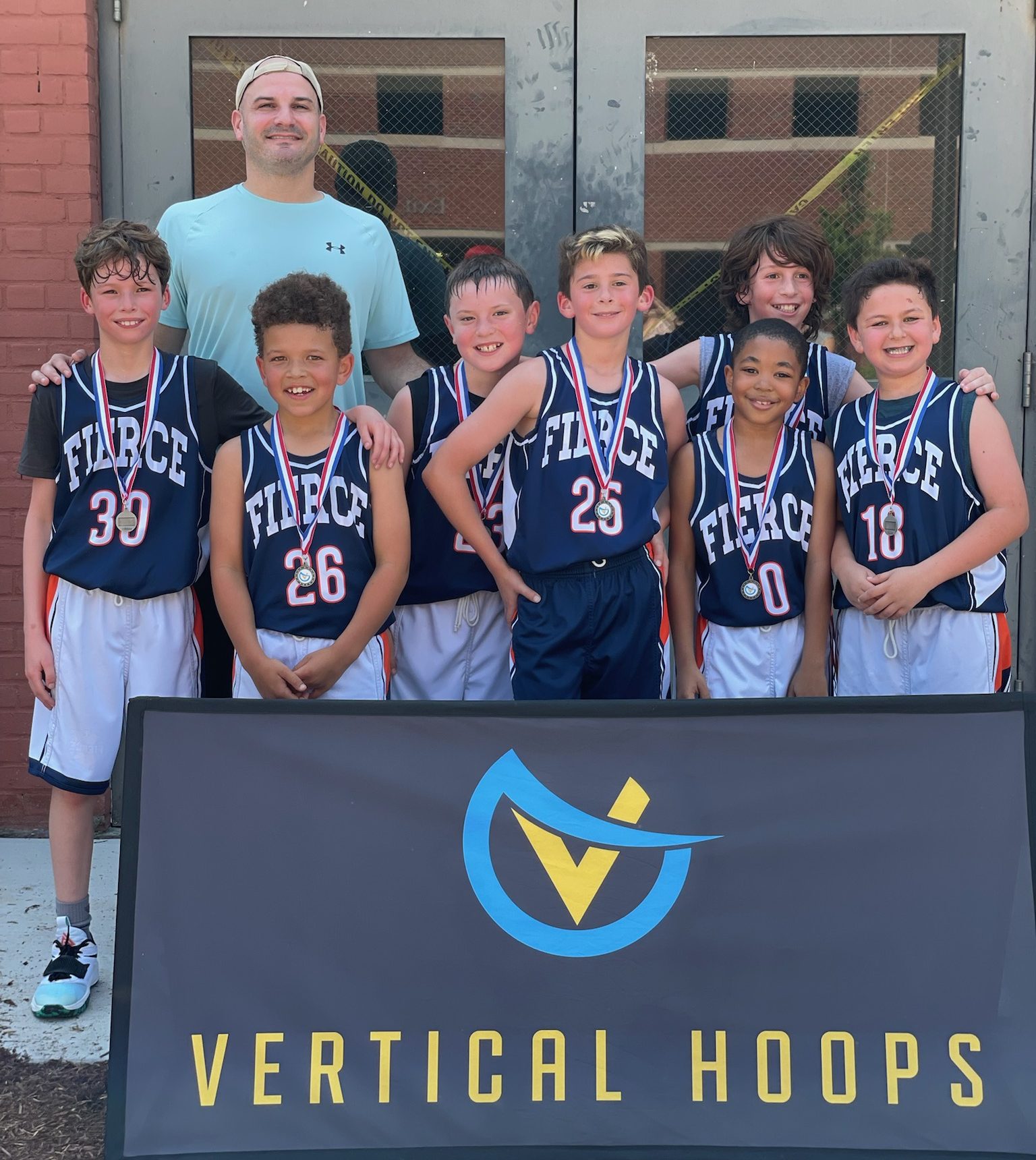 4th grade won their final tournament of the season with a 22-16 victory in the championship game!All Fierce teams closed out their springs strong. Thank you to all of our hard working players and families for another amazing season of Fierce basketball! 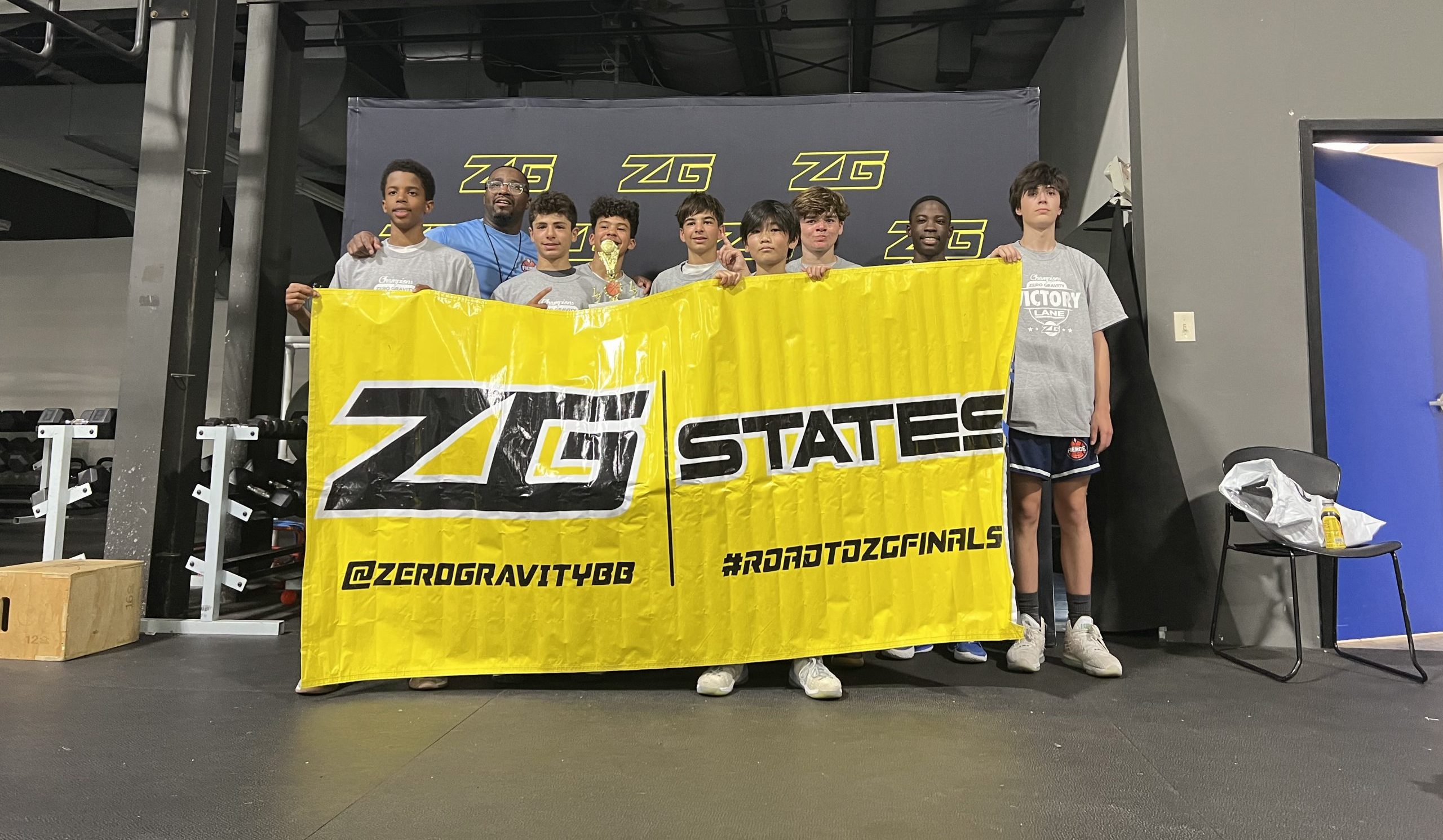 Congratulations to our 7th grade team - led by Coach John Redding - for winning the CT State Championship this past weekend. The road to the title included wins over Stamford Peace and Connecticut Elite. In the championship game, Fierce defeated CT PHD by a final score of 54-46. Austin Heyer led the way with 20 points. 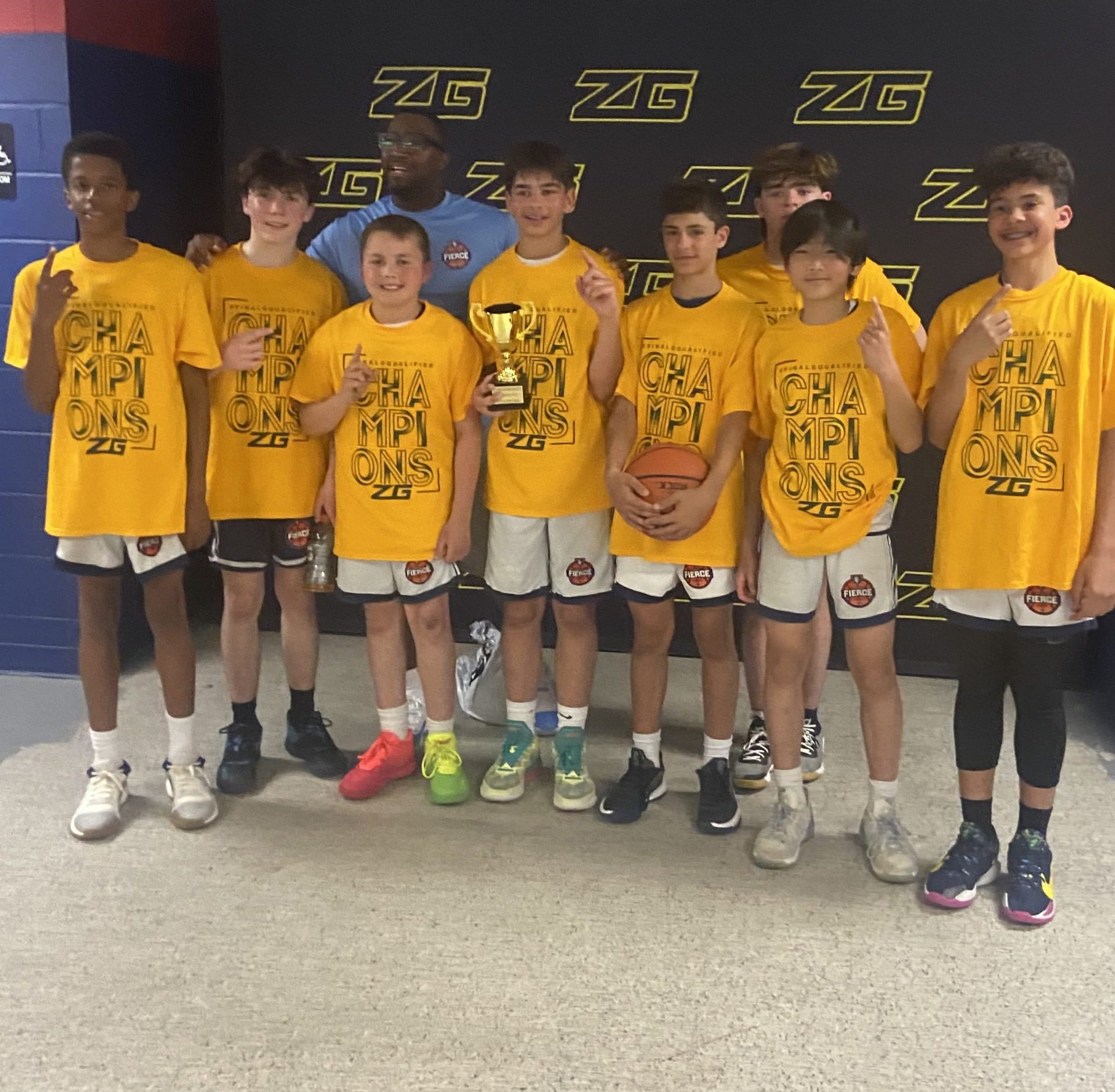 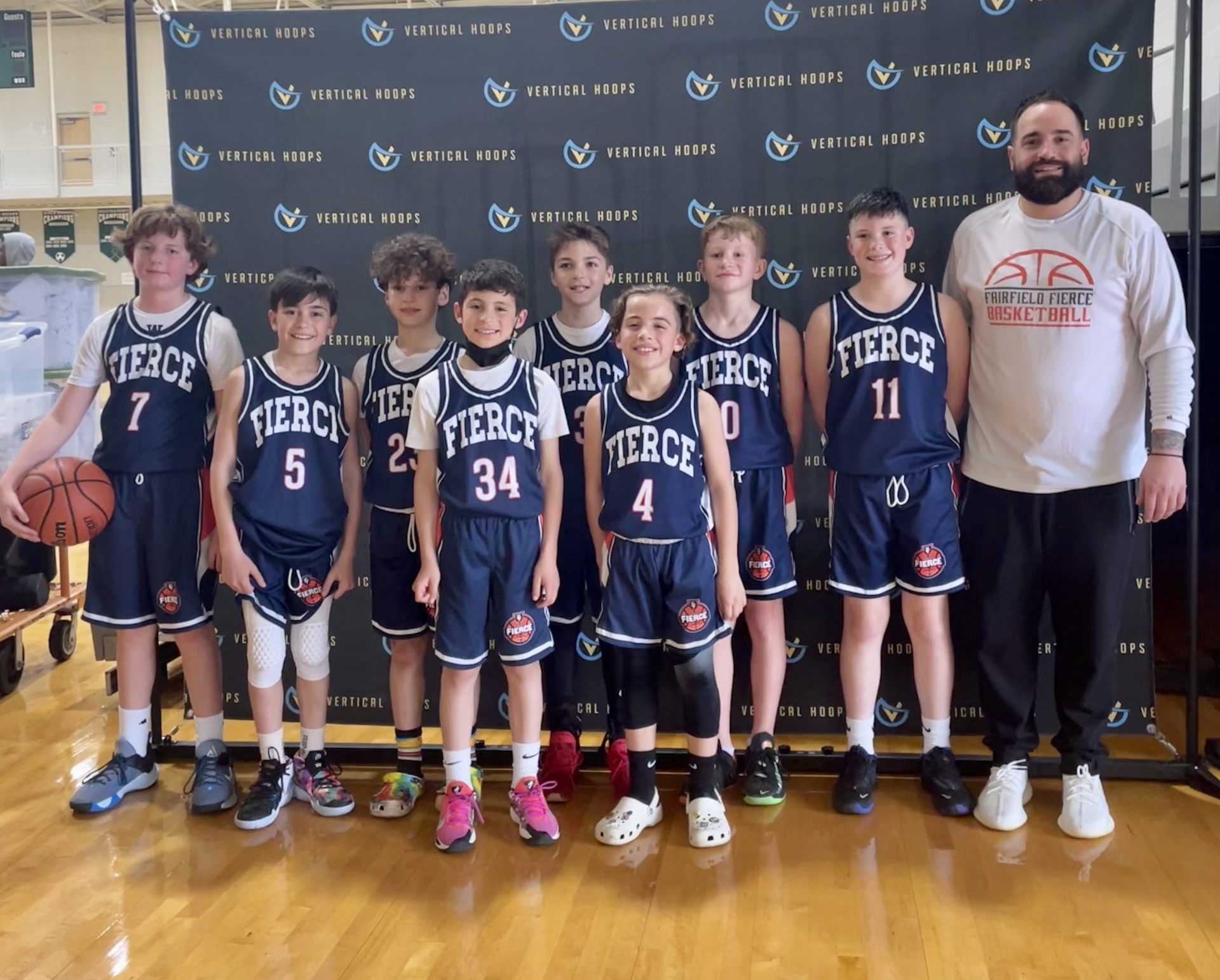 5th grade went 5-0 this weekend in their first tournament of the spring to capture the Spring Slam championship up in Hamden! It was a balanced team effort with hard-fought wins over CT Wildcats, ACC and CBA. 7th grade came out strong as well, with a 58-37 win over PHD and also cruising in a blowout over Hoop Haven. 9th grade played three tightly contested games and pulled out their opener against United Youth.Great opening weekend! 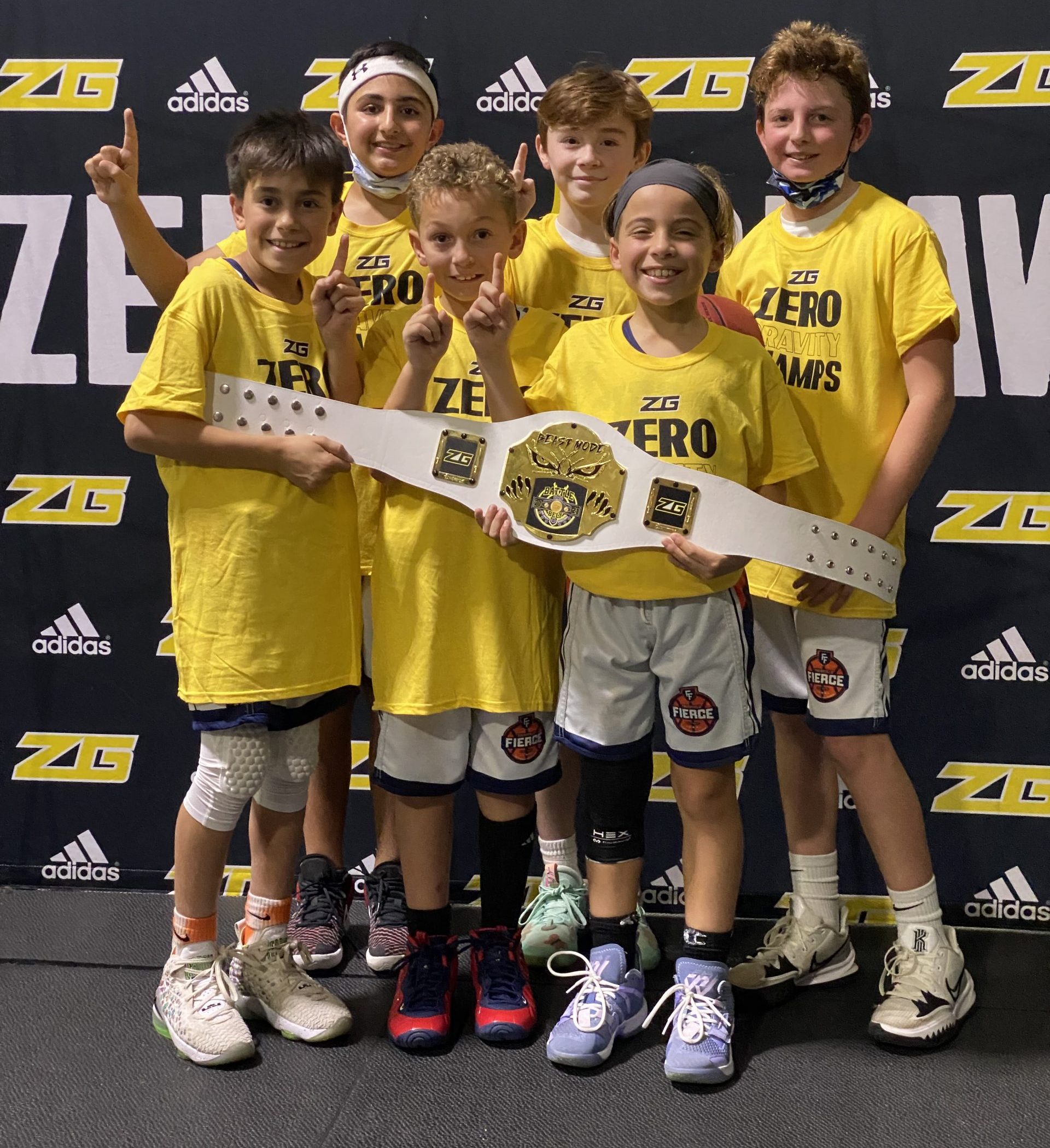 All of our teams finished their fall seasons in style today.   4th grade won two 1-point thrillers over Greenwich Stars and Level Up LI. Dylan Seckler's heroics struck again with a running three point shot to win it at the buzzer.   5th grade defeated PHD-Hickey, PHD-Black and DTX on the way to their second tournament championship!   6th grade rolled thru CT PHD and DTX before falling by only 1 point to High Rise. Chase Gallant led the way all weekend, with contributions from Mateo Riera, Connor Duarte and Jayden Harvey.   Coach John Redding's 7th grade squad capped off their excellent season in style today with a 60-43 blowout of PHD-Seawright.Thank you everyone for another fantastic season of Fierce Basketball! 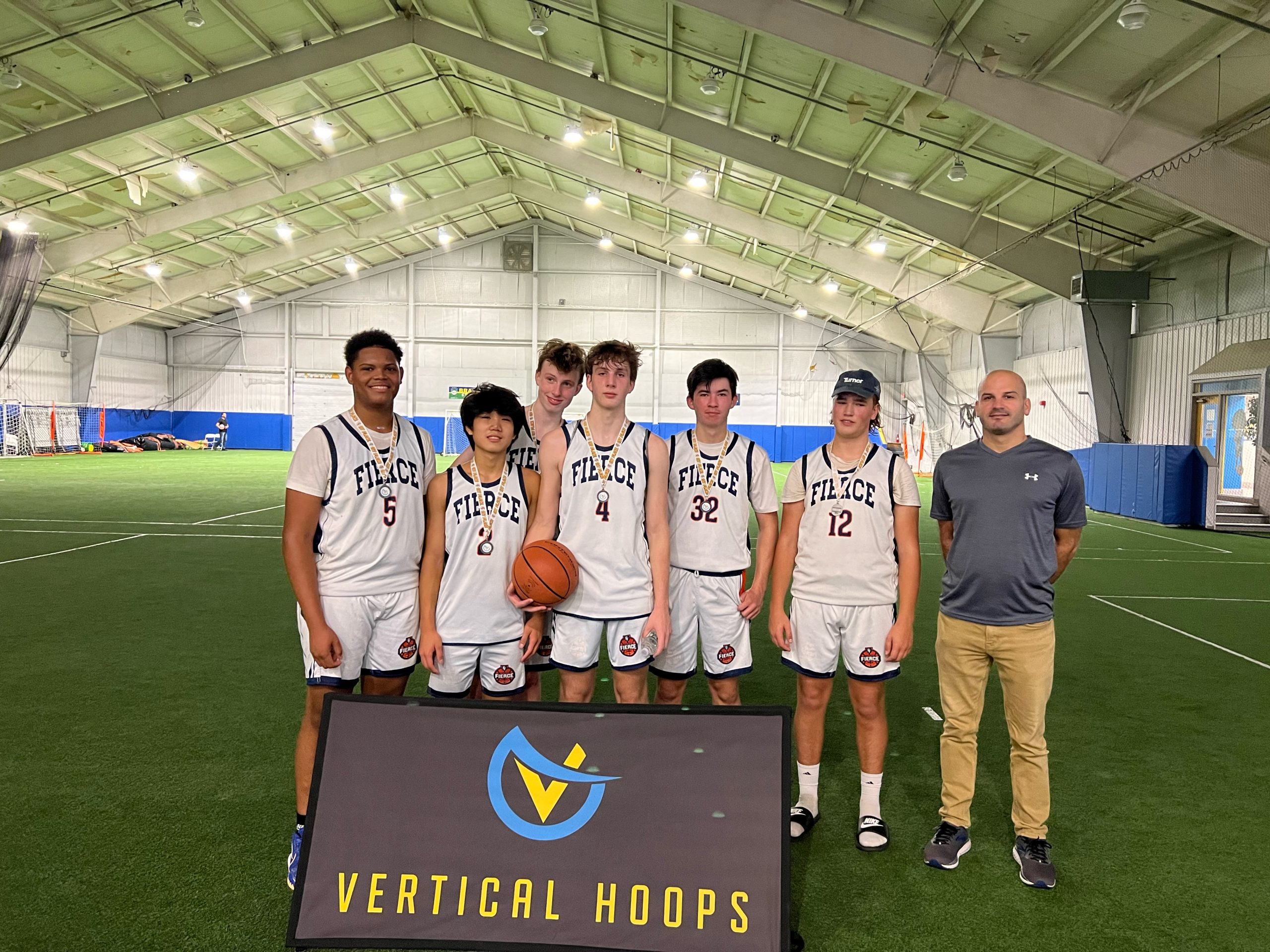 What a Halloween weekend for the Fierce. 10th grade rolled to the title with convincing wins over East Hartford, Connecticut Elite, Hoop Haven and New England Blue Chips. Axel Fine ran the point to perfection, Liam Yin dominated large stretches of each game, Justyn Capellan was an unstoppable force and Ben Simon lifted everyone with rebounding and precision passing. 3/4th grade, otherwise known as the "cardiac kids", pulled out three consecutive nail-biters before coming up just short in the championship game. The boys showed tremendous grit and perseverance all weekend. 5th grade reached their championship game as well, continuing their stellar season. They have reached the championship in every tournament this fall. 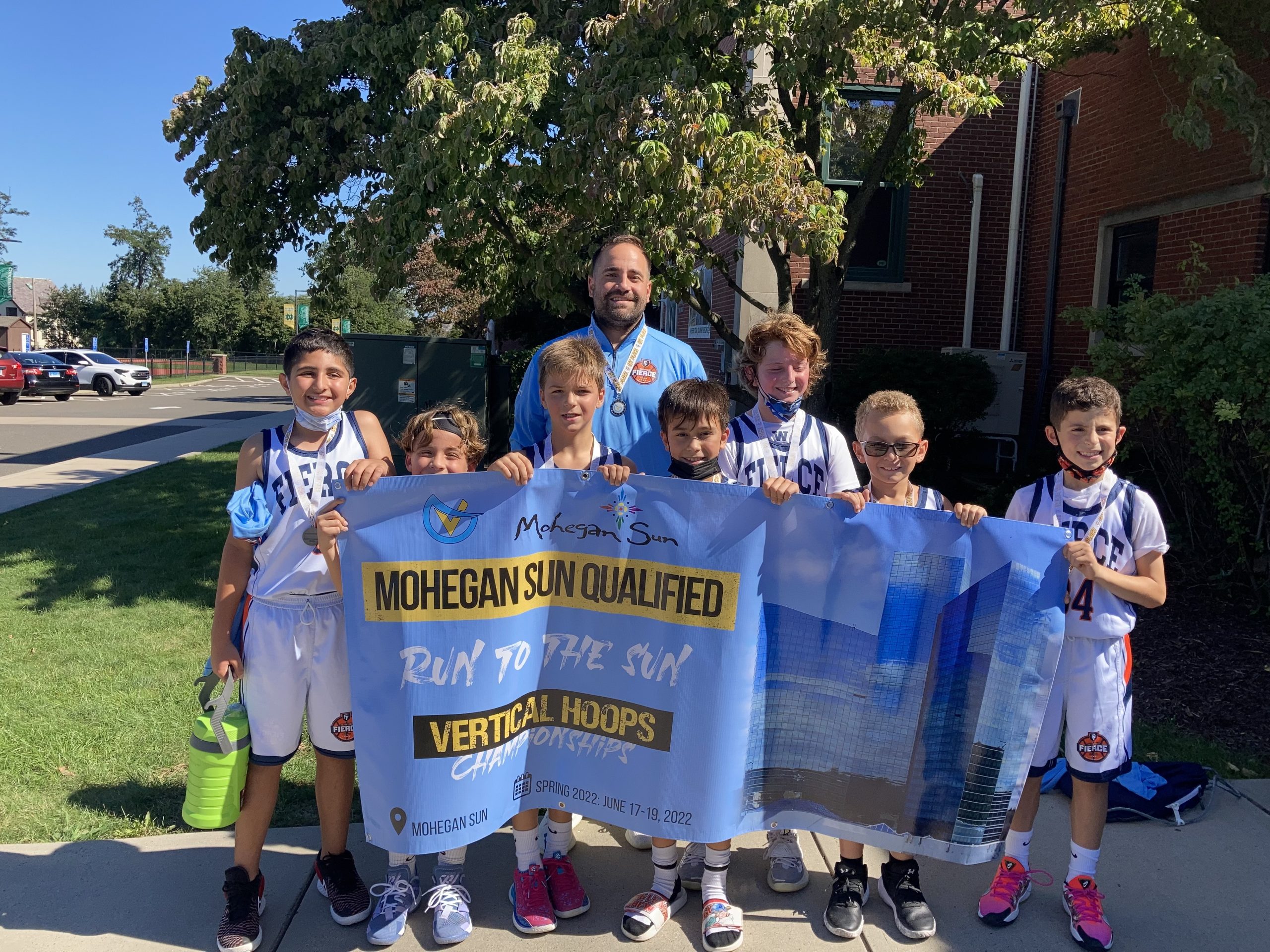 Fairfield Fierce's 5th grade Fall AAU team ran the table to win all three of their games in this weekend's opening tournament.   In the Championship Game, Treyson Bennett tallied 15 points and 7 steals. Trey was also dropping dimes to his teammates for easy scores all weekend. Aiden Kardos was sparking the team defensively, Dylan Lender and Luke Bhojwani were dominating with rebounds and easy baskets, and Mason Mpuku was running the floor for transition layups. Austin Kaufman, Brady Schachter and Ethan Perez contributed timely outside shooting. 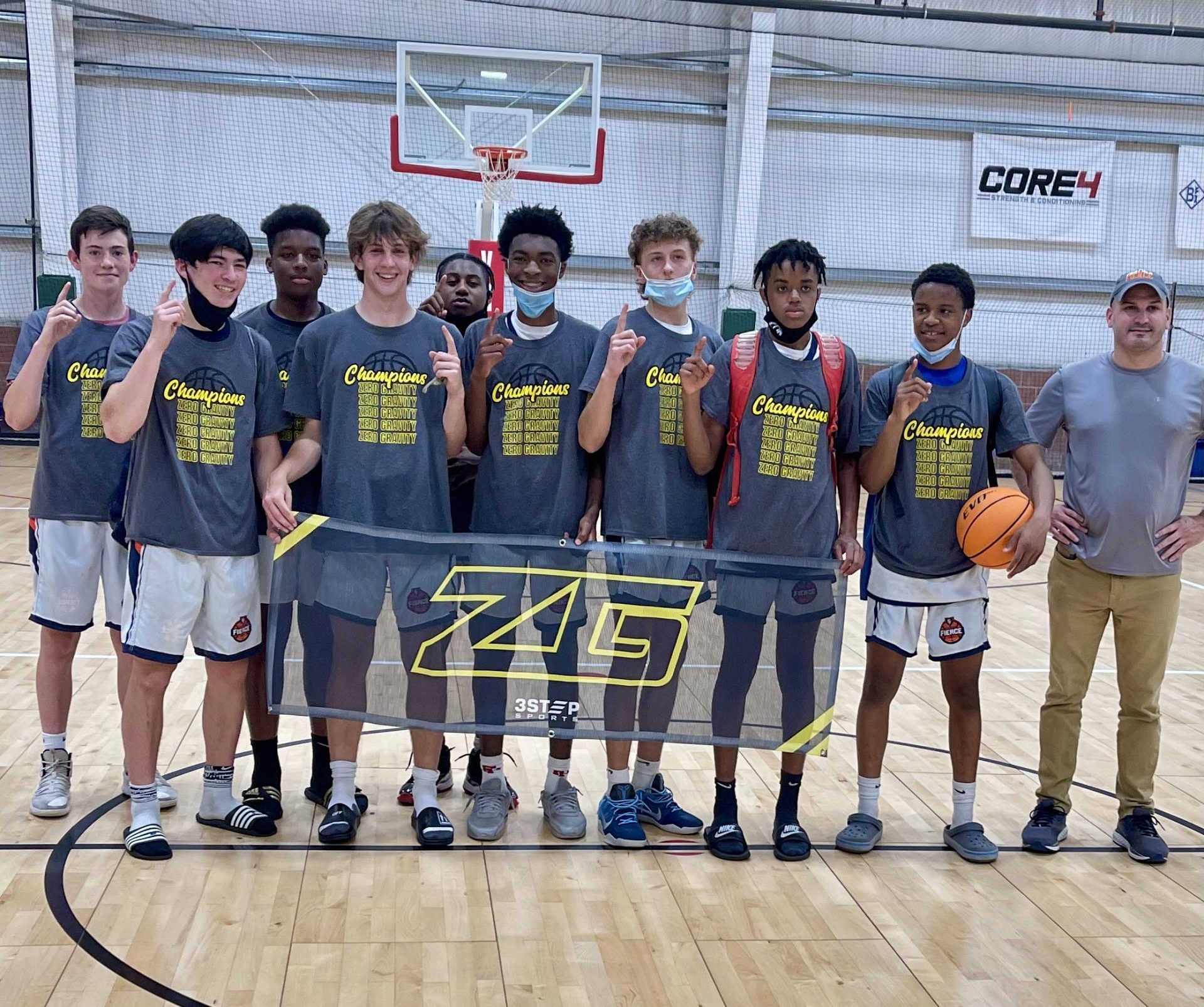 Tate Mahoney was on fire for 9th grade against the New York Lightning in this afternoon's championship game. Tate was draining three pointers all over the court, including a 4 point play, on his way to 26 total points.   In the morning game, Liam Yin and Timothy Boyd were taking steals coast to coach for easy layups, while Axel Fine and Gabe Bernard brought active defense and rebounding. 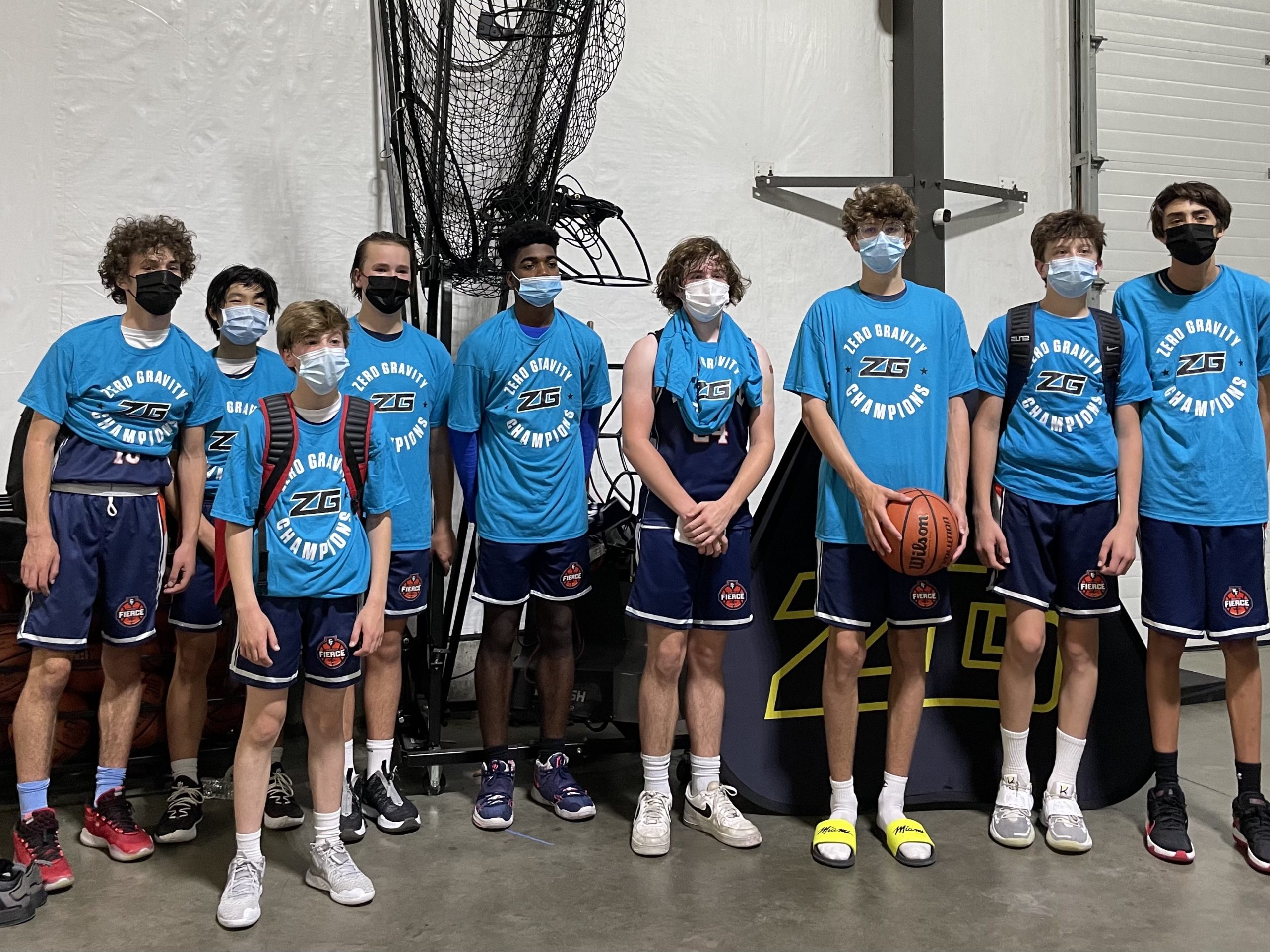 8th grade takes home the tournament championship this weekend with a hard fought 45-34 win over 3D Hoops! Nick Brodsky averaged a double double on the weekend. He was scoring from both outside and inside, while grabbing every rebound that came his way. Danny Goldberger played bigger than his size with clutch shots and much needed ball control. Charlie Jones was drawing the defense in and then distributing for assist after assist. Kyle Dulak was a scoring threat with the deep ball as well off the dribble. Last but not least, Matt Goos brought his usual toughness and even added a crafty reverse layup and top of the key three pointer! It was a great team effort with excellent ball movement and aggressive, hard-nosed defense.