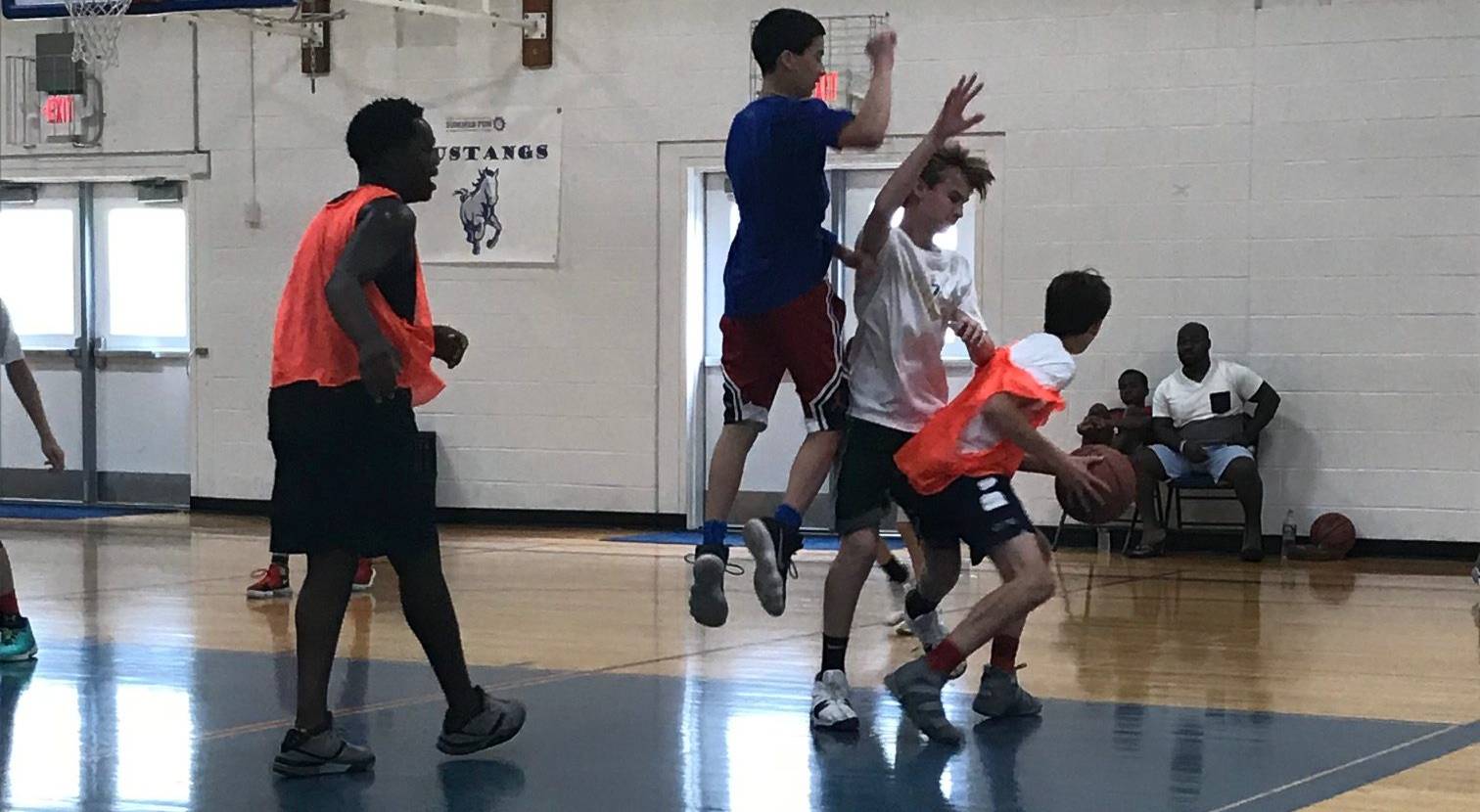 Week 5 of the Summer Games was filled with exciting action.

In the 5/6th grade game, Charlie Jones and Krish Dodani led Team John to a nail-biting 33 – 31 victory. Charlie collected his second consecutive double double and earned Player of the Game honors, finishing with a stat line of 12 points, 12 rebounds and 5 steals. Krish was slicing up the defense to find open teammates or to hit his spots for the pull-up jump shots (13 points). For Team Matt, Caden Quigley tallied 15 points and 4 rebounds and was asserting himself in the second half, using his dribble to create space.

In the 7/8th grade game, Team Matt led most of the way as Alonso Alphonse went for 10 points and 10 rebounds, Jack Plesser scored 18 points with 5 rebounds, and Ryan Mollica had the hot hand with 21 points. The ball was moving around the offense for all to contribute. Team John hung around largely because of Bobby Welch’s aggressiveness from the tip, as Bobby finished with 13 points and 3 rebounds.

Can’t wait until next week!