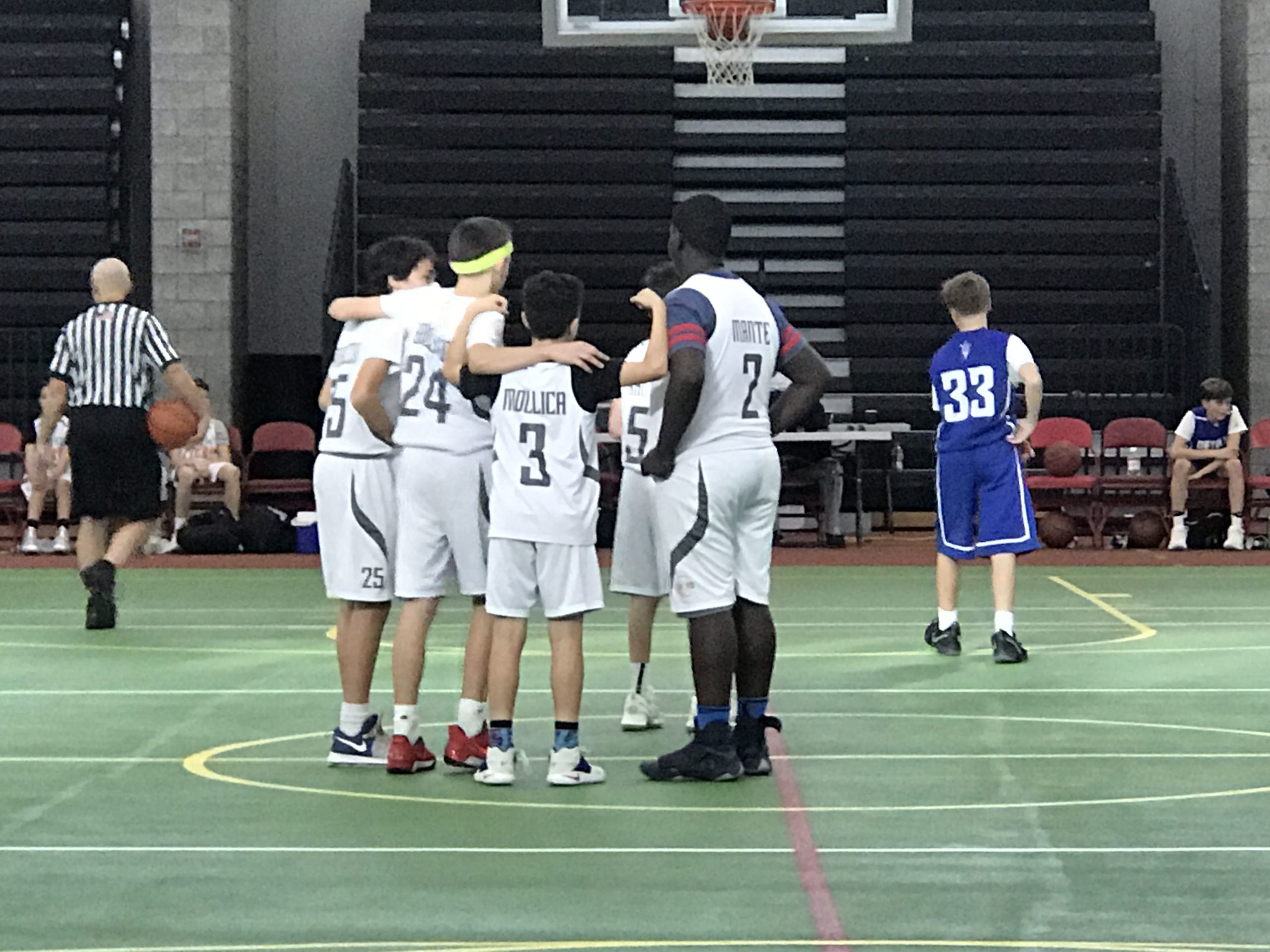 Fierce Step Up in New Haven

Today at the Vertical Rise Above Challenge, almost every game came down to the wire.

13-Under Lipow started off the day with a dramatic overtime win over CBA 45 to 43. Jack Petrafesa dominated the game on both sides of the ball, with steals everywhere and a “quiet” 30 points. The score was tied and the Fierce held for the final shot, when Jack attacked the rim to get fouled with only 1.6 seconds remaining. He swished the front-end of the 1-and-1 and the second free throw. Rory Tarsy then intercepted CBA’s inbounds pass to end the game. JT Shapiro drilled two huge 2nd half three-pointers and Eamon Jones had one clutch three of his own. TJ Martere and Aston Martin fought down low against larger opponents.

13-Under Bindner split a pair of competitive games and received notable contributions across the board. Jack Bloomingdale, Jack Iacono and Tobey Sappern were forces inside. Andre Mead and Zarius Eusebe were pushing the pace together from the guard positions.

12-Under Seawright hung tough on the day as well. Jordan Katz controlled the offense, with Ryan Mollica and Gavin McCarthy running the floor and carrying the scoring load. Theo Mante continued his strong play inside. Chris Gervasi and Jake Medor contributed great hustle and timely baskets.

11-Under Seawright were bit by the injury bug but never gave up. Liam Ryan continued his monster season of rebounds and inside scoring. Devin Agah was scooting around the floor for every loose ball, and Owen Jacobson was earning himself visits to the charity stripe because of his physical play.

Last but not least 10-Under Bindner had two great games of their own. Devin Kass and Aleko Vergakis delivered the shot-making, Grady Kaliski and Will Jacobs were in the mix for every rebound, and Charlie Scott and Felix Crawford were everywhere defensively. But the day belonged to Danny Goldberger — Danny scored 25 points in the second game on a variety of lay-ups, fast breaks and three-pointers.

One more day of fall tournament action to go!