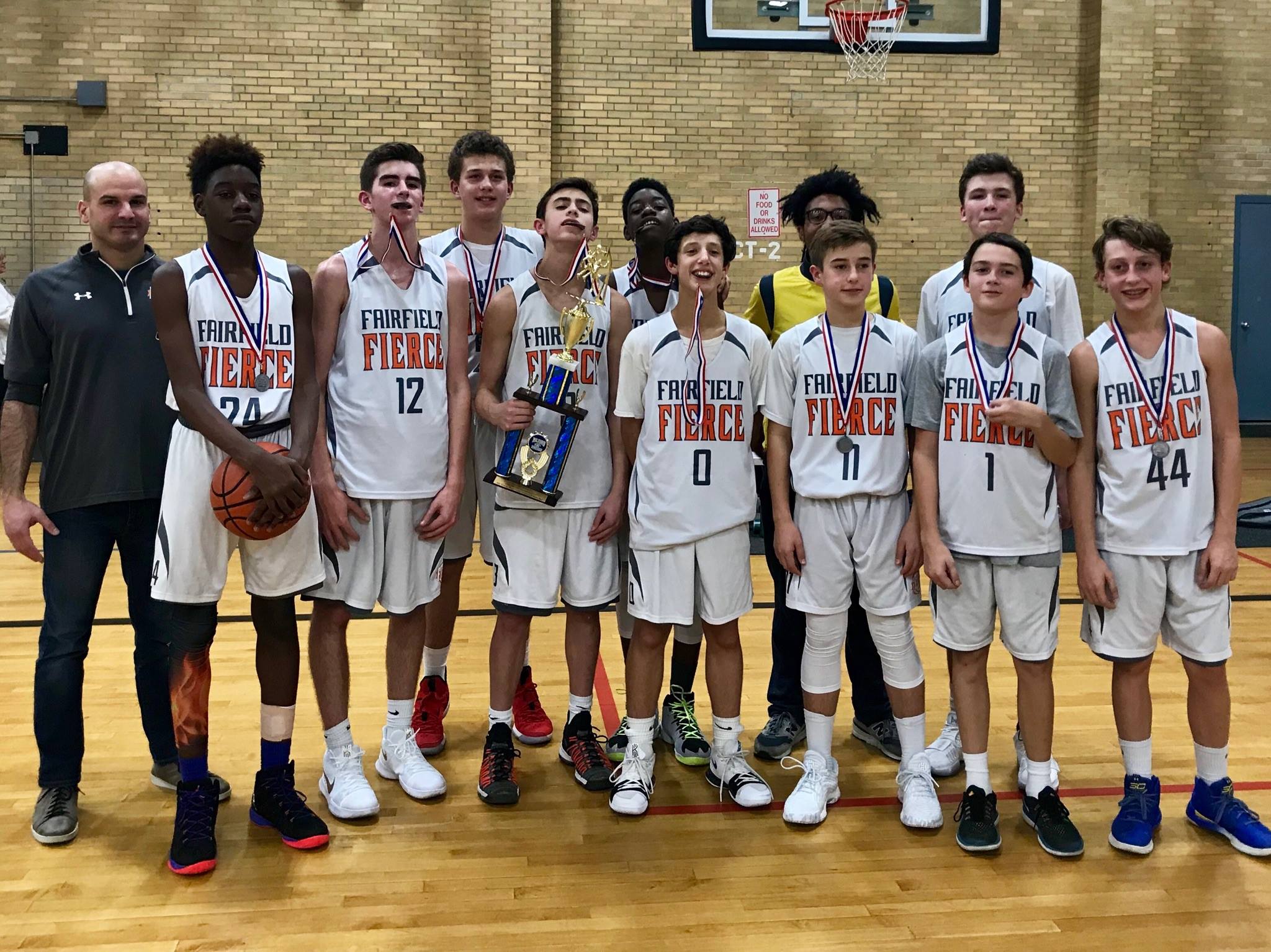 Fierce 8th grade won 4 out of 6 games to finish runner-ups at the pre-season Milford Tip Off tournament. Their two losses came to Bridgeport Curiale Middle School, the tournament champion.

The Fierce squeaked out the opener vs the Holy Infant Orangemen by a final score of 48 – 43. The Orangemen were using their size and craftiness to keep things interesting, but ultimately it was the clutch shooting of JB Krasnow that got the job done for the Fierce. Next, the Fierce clicked on all cylinders in a dominating performance over the Waterbury Huskies and their 6’7 big man. Charlie Began embraced this tough defensive assignment and flourished with blocks and rebounds everywhere. Justyn Davis got things going for the Fierce with two early three-pointers and Matt Vivona was hot from outside as well.

In the single elimination rounds of the tournament, the Fierce manufactured two exciting 4th quarter comebacks to survive and advance. Down by 8 late to Beacon Falls, the boys rallied to pull it out 46 – 43. After missing a free throw to seal the game, Charlie Began sprinted the floor to reject the potential game-trying three-pointer in what turned out to be the defensive play of the tournament. In the semifinal vs Stratford, everyone contributed in a highly entertaining 78 – 63 barn burner of a game. The Fierce outscored Stratford 28 to 9 in the final period. Jack Petrafesa was on a second half rampage finishing with 30 points, and perfection from the free throw line. Justyn and Jordyn Davis were everywhere defensively and putting their own defenders on skates with their dribble drives to the hoop. Jack Knott used his length to rebound and finish plays around the rim. The happy ride ended in the Championship at the hands of Bridgeport Curiale.

It was a great pre-season experience to build on.