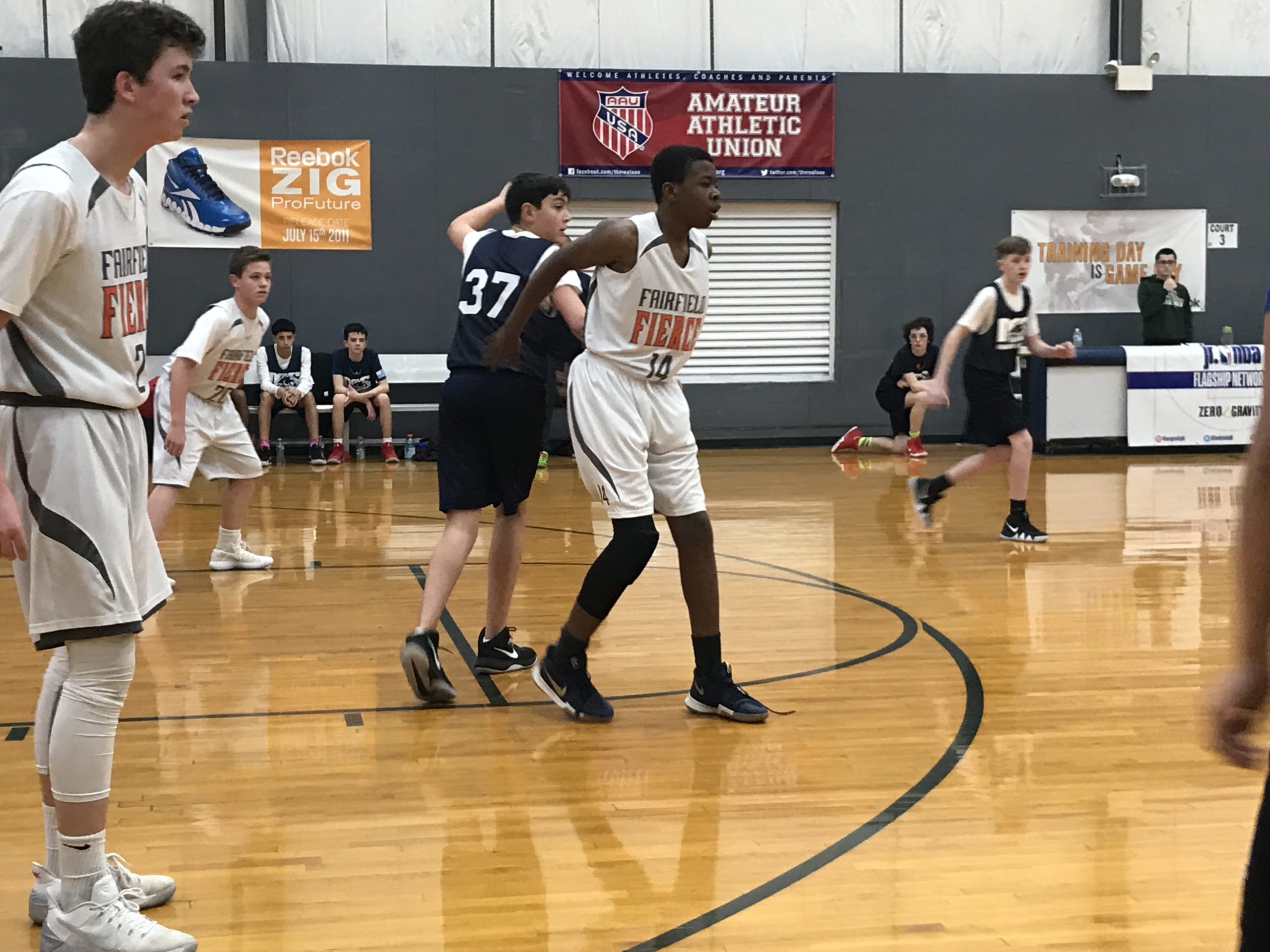 All Fierce Teams In Action at the Tri-State Opener

This weekend, the most ever Fierce teams (6) kicked off their spring AAU seasons at the Tri-State Grand Opener. The UNSUNG HERO performances were:

Dillon Mannix and Ryan Goldberger of 14u Seawright showed that being undersized isn’t necessarily a bad thing. They were quicker to the loose balls, faster down the court and money from 3 point land.

Tyler Moody of 14u Moore used his athleticism to make an impact. Connor Gitman executed the game plan successfully.

Julian Marottolo of 13u Lipow backed down from noone, making it clear that he was playing to compete every second regardless of opponent.

Chris Gervasi of 12u Radding controlled the game tempo to keep the group in sync. Liam Yin and Nicolas Alvarez, the “twin towers”, dominated the rebounds and defended the paint together all weekend long.

Ezra Fearon of 11u Redding used his length and speed to make play after play. Ryan Moore was getting out on the break for easy buckets. Devin Julious was marveling the crowd with a variety of crafty moves. Finbar Malloy was crashing the boards, Will Kane draining shots from outside and Hayden Banner setting up offensive sets in the half court.

Kyle Dulak of 10u Bindner broke the defensive pressure and distributed to teammates. Caden Quigley was impressive underneath the basket. Colin Ryan used his strength and speed to impact the game defensively. Krish Dodani, Aleko Vergakis and Dylan McCarthy all contributed scoring.