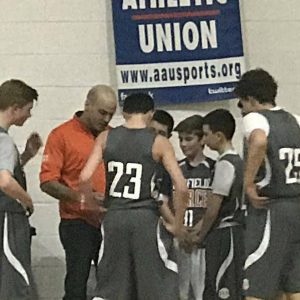 The Fierce was founded in January of 2016 by Scott Lipow, after he had coached various AAU clubs and travel programs throughout Connecticut. Scott was the head coach for the 2017-18 Fairfield Fierce 8th grade travel team that captured the Fairfield County Basketball League (FCBL) “AA” Championship, ranking that team above over 70 other travel teams throughout the state. He is a Wisconsin Badger and has benefited from being a super fan of Coach Bo Ryan’s exceptionally fundamental Big Ten teams from 2001 to 2015.

Scott owns a marketing agency — Six7 Marketing — that is based here in the Fairfield County area. Striving for achievement outside of basketball sets us apart from other programs. We care about the entire development of your child. For Scott, there is no better feeling than watching a group of young men reach their full potential and truly come together as a team.