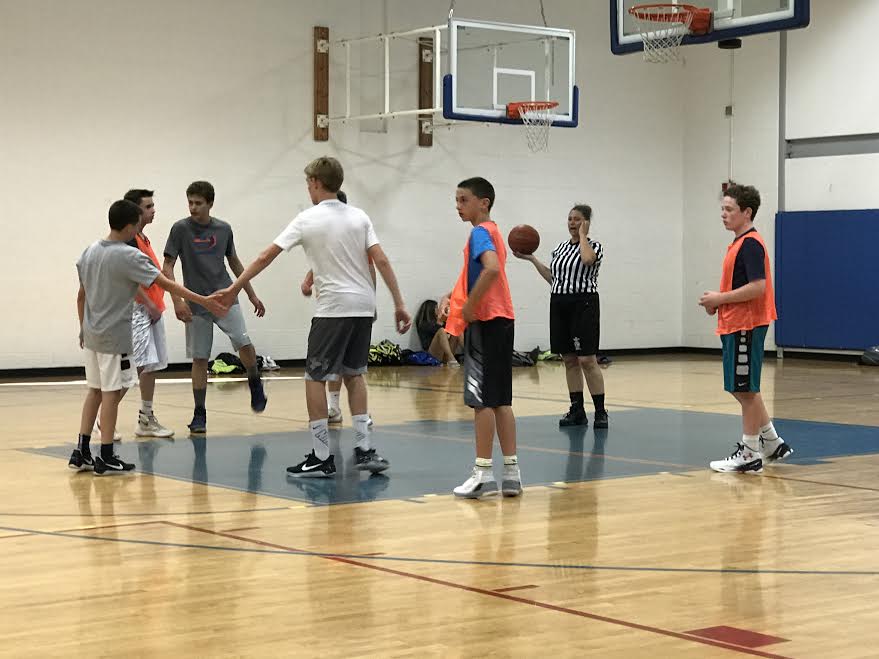 In Week 3 of the Fierce Pick-up Games, there were bodies flying everywhere.

In the 5/6th grade session, Team Judah narrowly escaped with a 2 point victory. Jack Plesser dominated on both ends of the court – he could not be stopped, finishing with approximately 30 points and 5 steals. Ryan Mollica was controlling the pace and attacking the basket. Liam Yin used a soft touch around the rim, Theodore Mante commanded the paint, and Abdoulaye Ameranvi turned steals into fast breaks. For Team Matt – George Todorovich, Emmett Derby and Ryan Luchetta led the offensive charge. Nicolas Alvarez and Brendan Devine were keeping things close with their intimidating defensive play.

In the 7th grade session, Team Matt came out firing and never looked back. Jack Petrafesa scored 30 tenacious points. Charlie Began was unstoppable coast to coast – using his strength to attack the basket or kick-out to the open teammate. Jack Balsano and Sean Donohue were draining their shots. Liam Ryan and Jake Fitzpatrick were all defense all game long. Team Judah was led by the perimeter decision-making and shooting of Sean Racette, and inside play of Stephen Keating. Aston Martin and Thomas Schindler spaced the floor and were smartly taking what the defense gave.