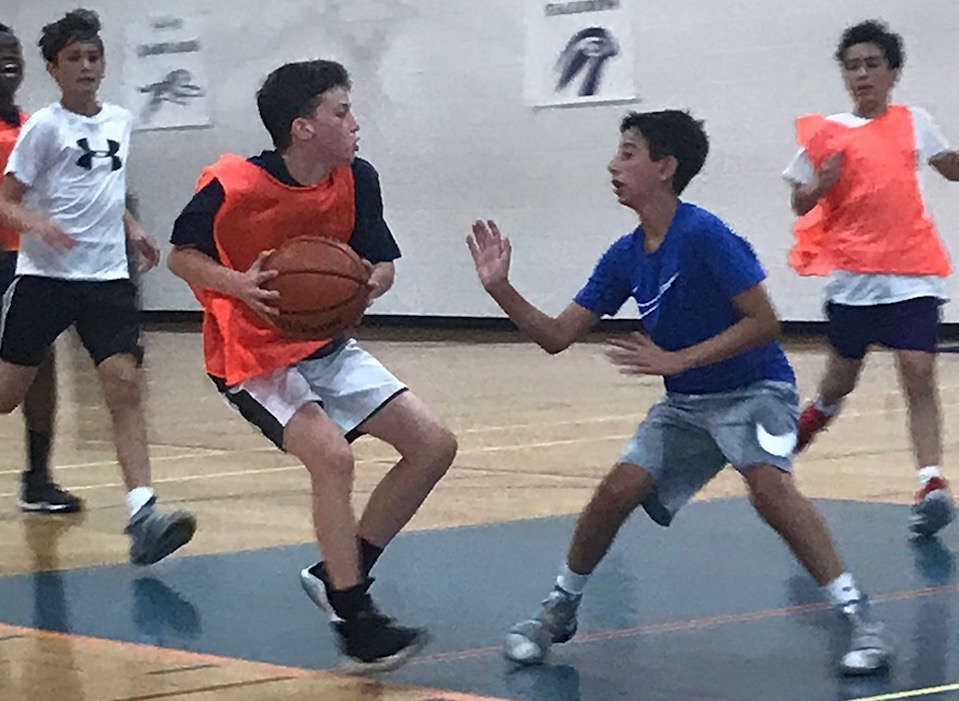 The intensity level was at its highest of the summer today in the final pick-up games.

In the 5/6th grade game, Team Sam rode the dynamic performance of Hayden Banner who was doing everything — scoring, rebounds, assists, steals you name it. Jack McClane was draining his outside shots and Devin Crowley was running the floor. Team John came back in the second half due to the point guard play of Krish Dodani and non-stop hustle of Charlie Jones.

In the 7/8th grade game, Lenny Ialeggio and Alonso Alphonse led Team John to victory. Lenny was ferocious on defense with steals and blocks, and then putting in buckets on offense. Alonso was controlling the paint area, sinking his free throws and blocking shots. Bobby Welch was trusting his outside shot and also running the floor for the finish. For Team Sam, Luke Fortin was always ahead of the pack on the fast break and finding open teammates. Jack Plesser was in attack mode from the start. Anthony Gambuzza had his shooting game going.

Thank you everyone for a great 2018 Summer Pick-up Games!