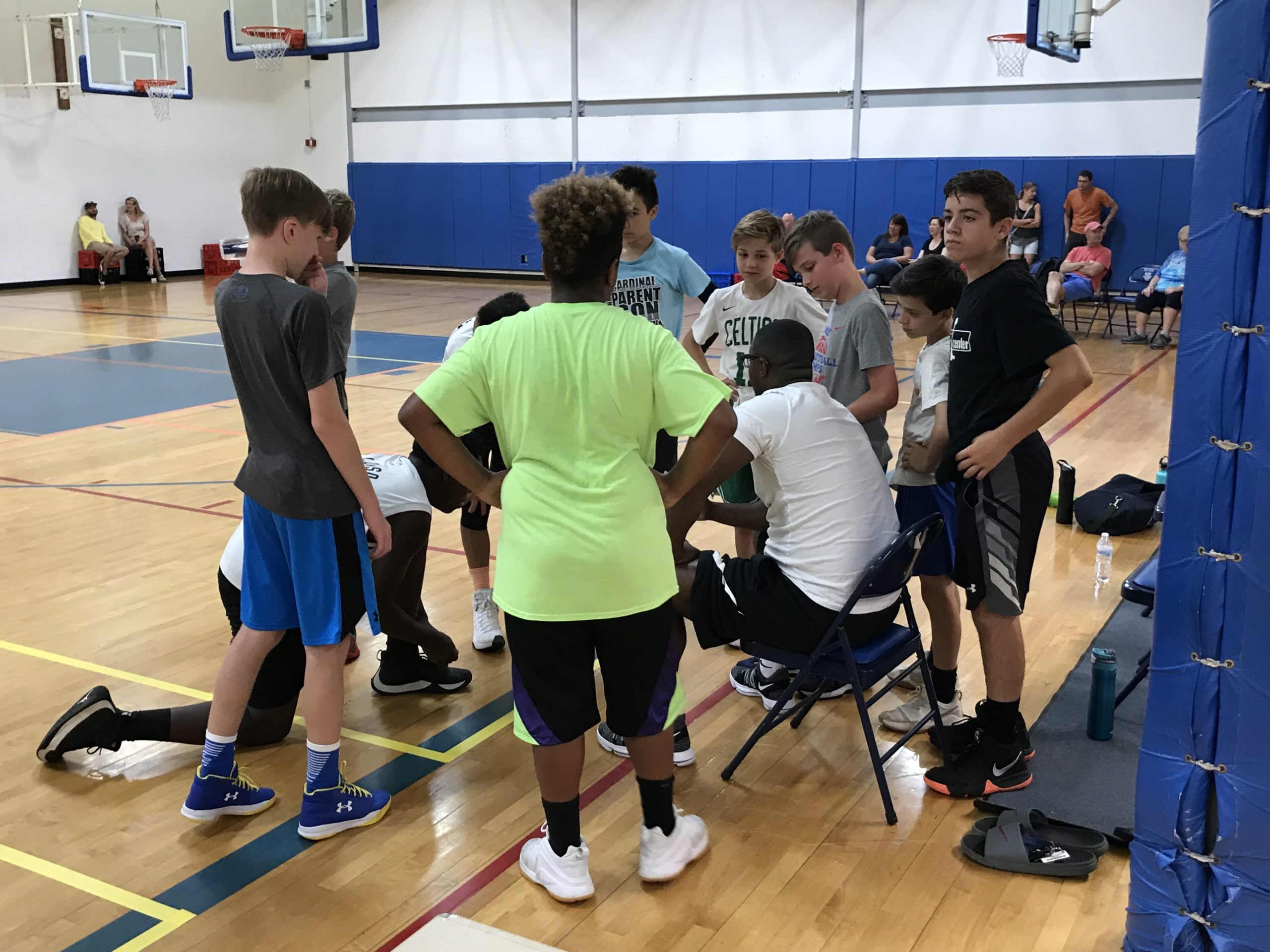 Week 8 of the Summer Games was played with high emotion and passion.

In the 5/6th grade game, Team Matt was lifted to victory by Charlie Jones and his “baller” cousin Wes. Luke DiLillo made the biggest shot of the game when he sunk a 3-pointer from the top of the key. That shot broke the 31 – 31 tie with under 1 minute remaining. Caden Quigley played a balanced inside outside game. For Team John, Ryan Moore delivered another dominant performance and he was helped by the strong guard play of Emmett Crotty and EJ Johnson. Alec Mertz was a rebounding machine, as usual.

In the 7/8th grade game, Team John was led by the athletic guard combination of Luca Fusco and Luke Fortin. Chase Curran sunk his first two shots from outside the arc. For Team Matt, Kyle Defonce was aggressive to lead the squad in scoring. Anthony Gambuzza was hustling all over the floor and getting to his spots offensively. Lenny Ialeggio and Luis Lozada both contributed with tough defense and rebounds.

One more week to go!