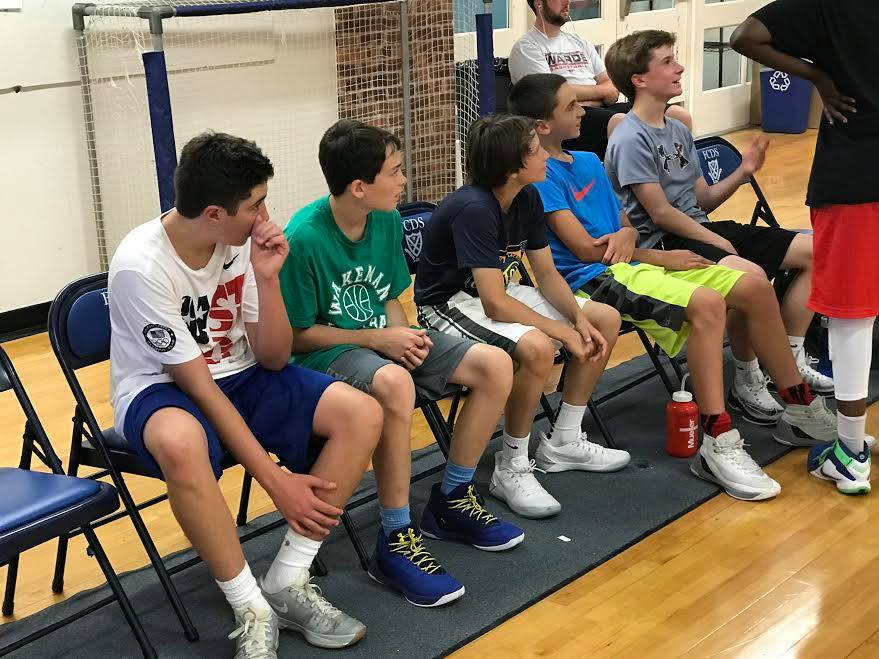 In Week 4 of the Fierce Pick-up Games, it was up and down and back and forth.

In the 5/6th grade session, Team Matt pulled out a close game and were led by an estimated 20 points from George Todorovich – he was an unstoppable scoring machine. In the 2nd half Liam Yin went bonkers on defense with rejections everywhere – must have been the headband. Reid Powning made a huge defensive stop in transition, and then Ryan Moore sealed the game with 2 clutch free throws. Ben Davenport made some nifty passes, Emmett Derby attacked the basket, and Matt Debes was finding his shooting stroke. Team Judah had big offensive perfomances from Jack Plesser and Nicolas Alvarez. Brendan Devine and Roan Smith both played excellent all-around games as well. Abdoulaye Ameganvi exhibited improved mid-range shooting.

In the 7th grade session, Team Judah got the last laugh with a 2 point nail-biter victory. Eamon Jones came out aggressive with his shot making, but also made the right passes. Stephen Keating played a tough inside game. Gavin McCarthy was swirling around to find the passing angles. Liam Ryan and Tommy Schindler both got hot from long-range. Team Matt put up a fight as Jack Petrafesa dropped 19 points. Jack Knott flaunted a full array of skills, finishing with an estimated stat line of 8 points, 6 rebounds and 8 blocks! He was the human eraser on defense. Sean Donohue’s long shooting range was on display. Jake Fitzpatrick showed again why he is a top defender – leading the game in proper box out technique. Dillon Mannix shot well from outside, and Sean Racette was running the floor ahead of everyone all game long.

One more week to go!