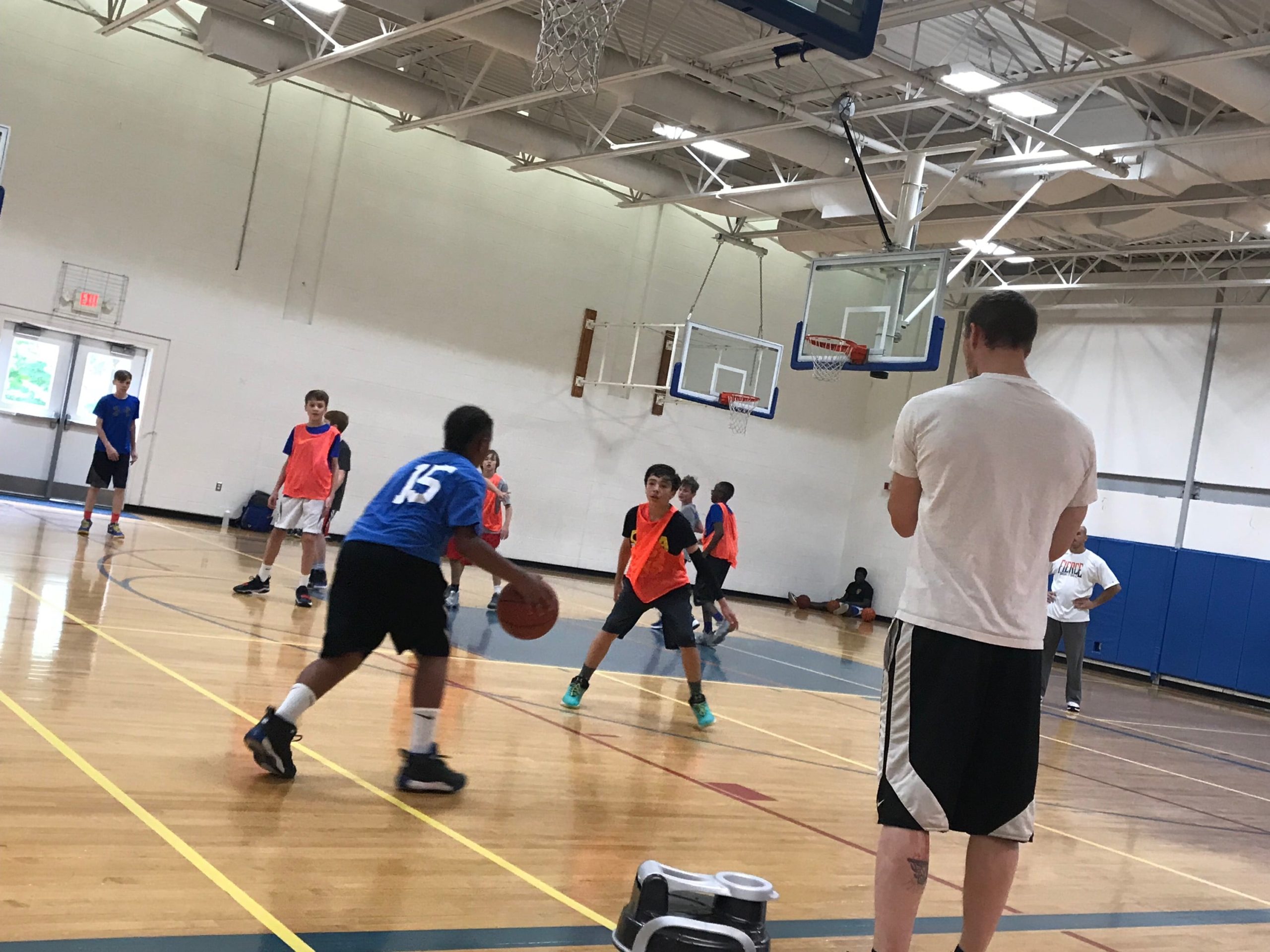 It was an exciting Week 2 of the Summer Games.

In the 5/6th grade game, for Team John, Hayden Banner was in attack mode and when he wasn’t finishing he was finding teammates like Matty Corrigan for the score. However due to the heroics of Anthony Le it wasn’t enough. With 7.3 seconds remaining in a tie game, Team Matt had the ball and it was Anthony that pulled up from the top of the key to drain the game winner just as the final horn went off. The crowd went wild. Caden Quigley and Alec Mertz were grabbing the rebounds for Team Matt, while Luke Sardinha and Carter Hinze were making their jump shots.

In the 7/8th grade game, Jack Plesser dominated from the opening tip for Team John. Jack was not missing on his way to 21 total points, while also crashing the boards and finding shots for open teammates. Anthony Gambuzza also had the hot hand to tally 11 points with some smooth mid-range shooting. Devin Julious was staying aggressive for finishes or trips to the free throw line. For Team Matt it was Kyle DeFonce, Roan Smith and Mekaeel Geter spacing the floor with their shooting for big man Alonso Alphonse, who had himself a strong game in the paint area.

Great job by all!