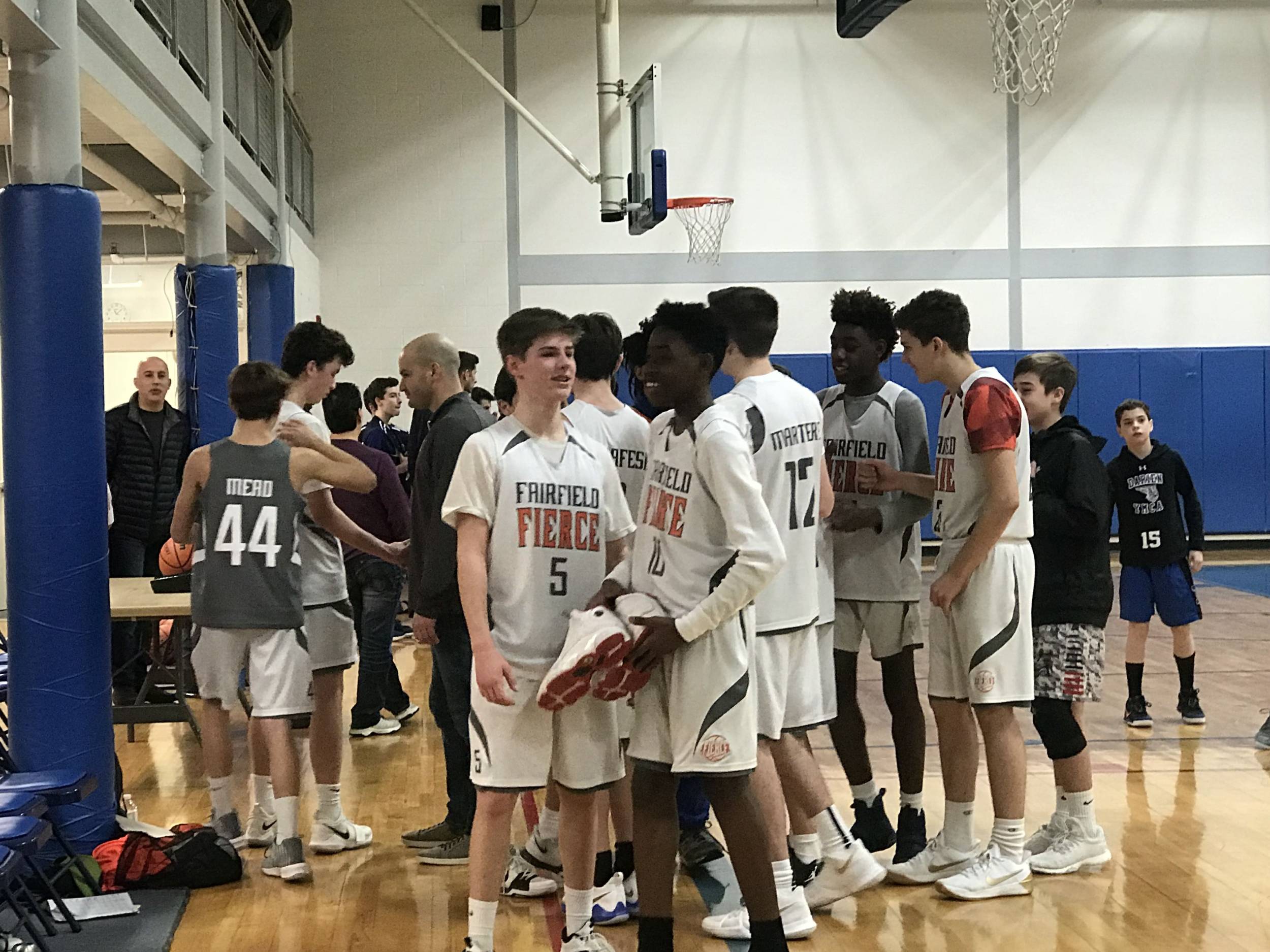 8th grade sends away Westport PAL basketball 74 – 54 in an intense League Game. The Fierce locked down defensively for all 32 minutes. Harrison Keith anchored the tenacious defense. Jordyn Davis, Charlie Began and Matt Vivona led the offensive attack. Jack Petrafesa sealed the game in the 4th quarter by knocking down 8 of 8 free throws.

6th grade escapes Darien 50 – 49. Luca Fusco was fouled on his buzzer-beating shot attempt, and won the game by sinking the first free throw. David Melson and Ben Davenport were hitting long-range shots from all over the court. John Kleinbeck was ripping down every rebound and finishing at the rim.

4th grade continued their great recent play with an impressive 20 – 13 win over Shelton. They followed that up with a down-to-the-wire 28 – 24 defeat at the hands of Bridgeport YMCA.