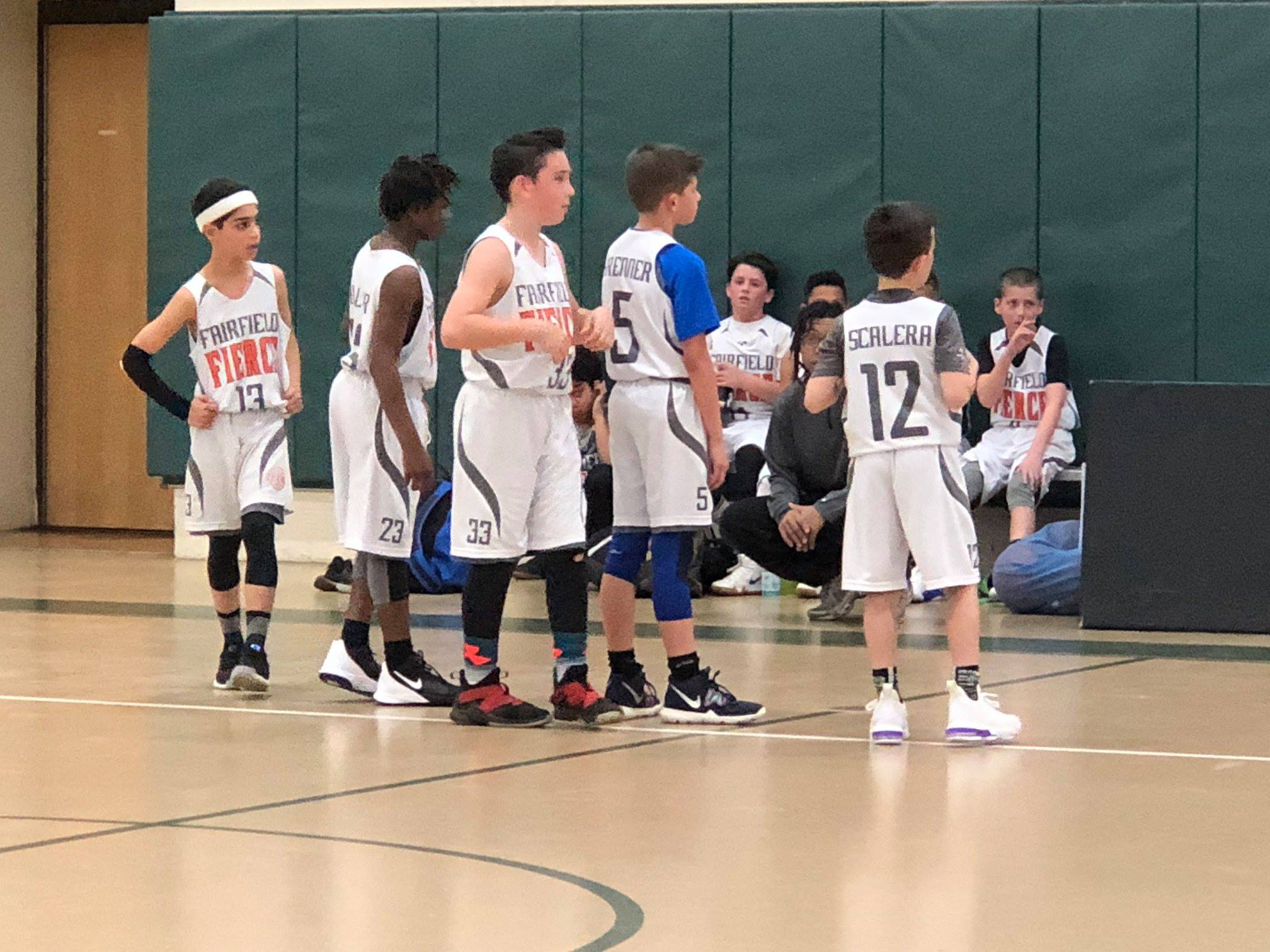 In the first day of Spring AAU action, all Fierce teams had an impressive debut.

4th grade won both of their games including a 30-26 nail-biting victory to tip off their season. Matty Raffaeli and Landon Gartner led the offensive attack with strong drives to the rim. But the team received contributions across the board.

5th grade found themselves behind by 12 points in the second half of their opening game, but stormed all the way back to pull it out by a final score of 41-37. Their ball movement was fun to watch. Luca Scalera was flying around everywhere on his jet pack. Blake Watkins and Roderick Hill Jr. were relentless on defense. Mitch DeBernardo and Carson Dodder gobbled up rebound after rebound. Krish Dodani and Devin Brenner were knocking down their open outside shots.

6th grade held their own against a high level Heat Elite squad, only trailing by 1 point in the second half. Justin Wang flashed around the court like a bolt of lightning. Danny Goldberger and Matty Kleinman controlled the ball, while Mark Kingan and Matt Goos controlled the paint. Finbar Malloy was aggressive attacking from the wing.

8th grade also split their games and were powered by Nolan Hansen, Jack Plesser, Anthony Gambuzza… and everyone else.

A phenomenal opening day to the spring season!