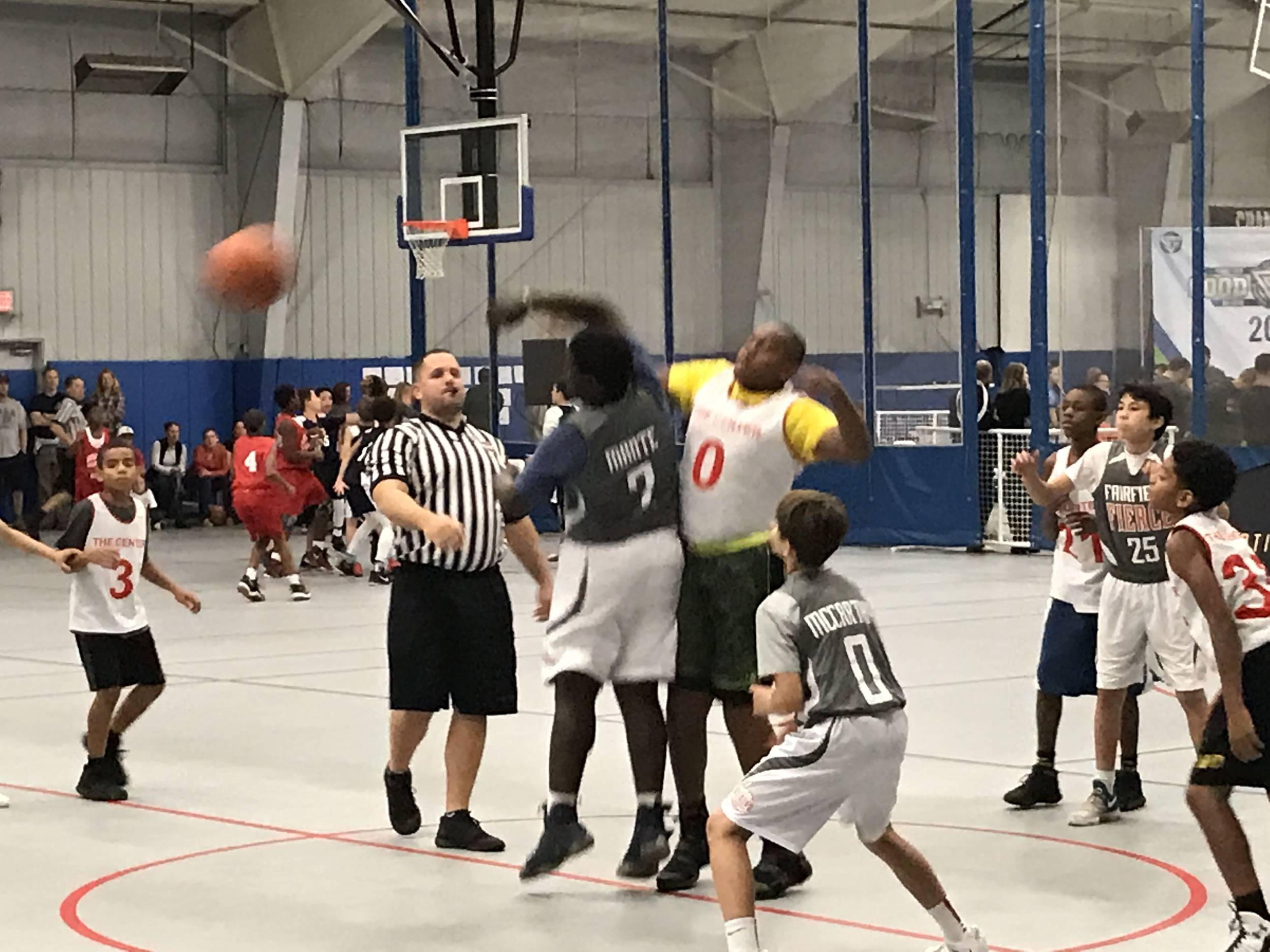 The Fierce kept it going this weekend at the Vertical Fall Classic in the New Haven area.

10-Under Bindner split two tight games on Saturday and were led by the ferocious defense of Charlie Scott and Danny Goldberger, the inside rebounding of Grady Kaliski, Felix Crawford and Ryan Luchetta, and the outside shooting of William Jacobs, Devin Kass and Matt Garcia. Aleko Vergakis, Barrett Mullahy, Tommy Deems and George Targowski were doing all of the dirty work.

11-Under Seawright showed tremendous grit. After struggling in both of their Saturday games, they climbed uphill on Sunday to overcome Mobilio’s Fitness in the final seconds. Coach Judah drew up a play that the boys executed to precision, with Will Kane assisting Ryan Moore for the go-ahead basket. And it may have been the Fierce’s only lead of the game. Nate Moore continued his toughness around the hoop, Nicolas Hardiman was cutting off the passing lanes, and Brendan Mullahy got it going down the stretch. Michael Bernier was muscling for the rebounds.

12-Under Seawright played with great structure and tenacity in their 3-point Sunday loss to the New Haven Heat. Kyle DeFonce and Anthony Gambuzza came alive on both ends of the floor, especially with defense and rebounds. Theo Mante was a force inside and constantly finding himself at the free throw line. Jack Balsano followed up a Saturday shooting display with continued aggressive defensive play. Chris Gervasi was strong defensively and efficient on offense.

13-Under Lipow dropped a pair of competitive, close Saturday games vs CBA and United Youth, but bounced back Sunday with a 46-30 victory over AFK Renegades. Max Andrews was all over the court in all 3 games. Max was defending, rebounding and running the floor. JT Shapiro and Rory Tarsy brought high intensity defense and energy. Jack Petrafesa stayed on the attack. But it was Braden Moore that stole the show on Sunday. Braden hardly missed — finishing with an estimated 15 points coming from a variety of spots on the floor.