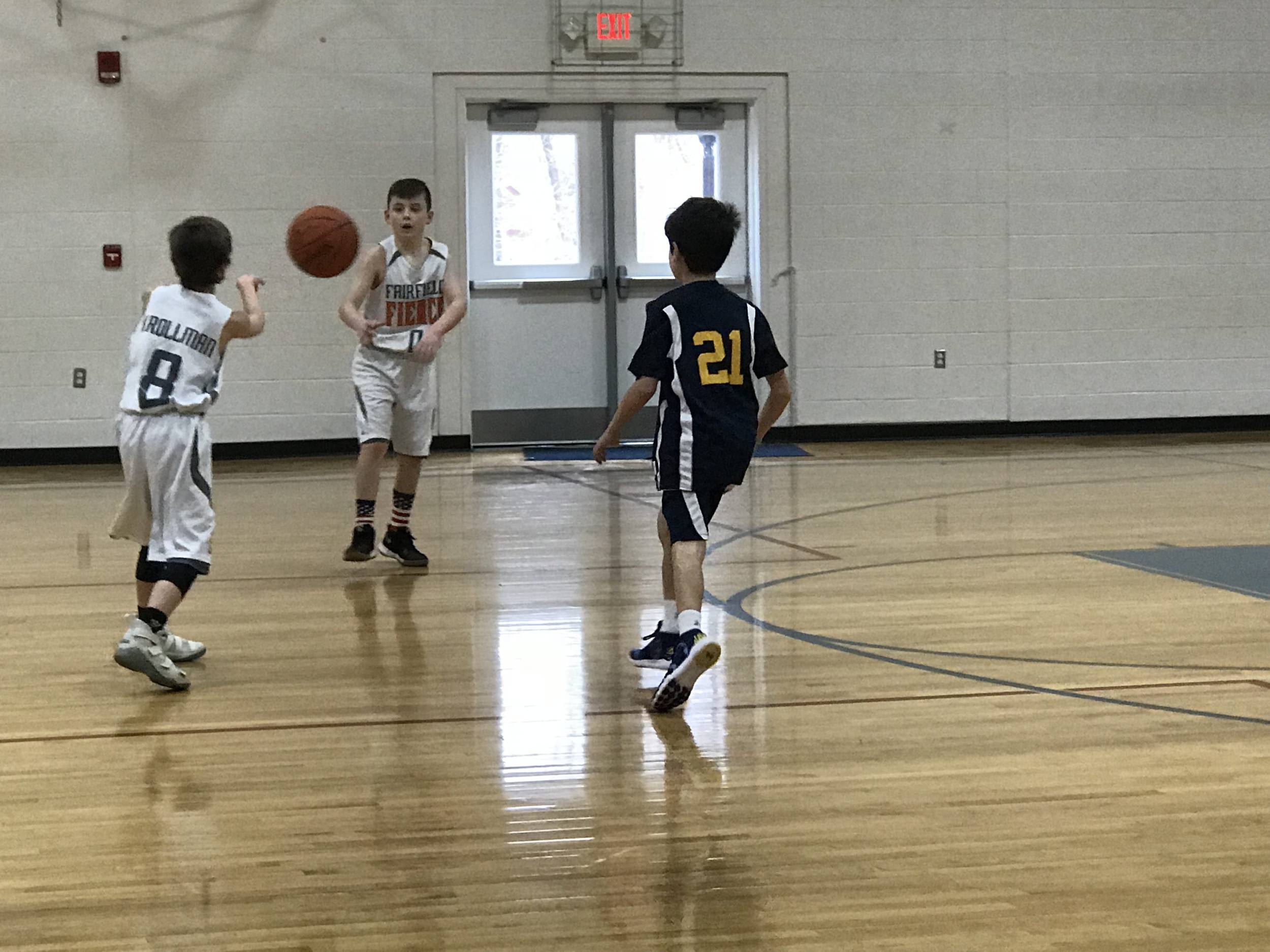 For the 2nd consecutive Sunday, the Fierce swept their home games!

8th grade took out United Youth (Norwalk) by a final score of 74 – 57. From the tip the Fierce were cohesive with their ball movement, energy and defensive tenacity.

6th grade put together an exact replica of last Sunday, as they used the final possession in a tie game to hold for a final shot — and ended up on the free throw line. This week the hero was David Melson who calmly sunk both shots from the charity stripe. The final score was 49 – 47 over TMT Norwalk.

4th grade ran away froom Weston Basketball with a great all-around performance. Cole Krollman led all scorers with 16 points. Brennan Davis and Chase Mehta showed off the shooting touch as well. Crew Davis had an unofficial 10 steals which breaks the single game record for any 4th grader in Fierce history.