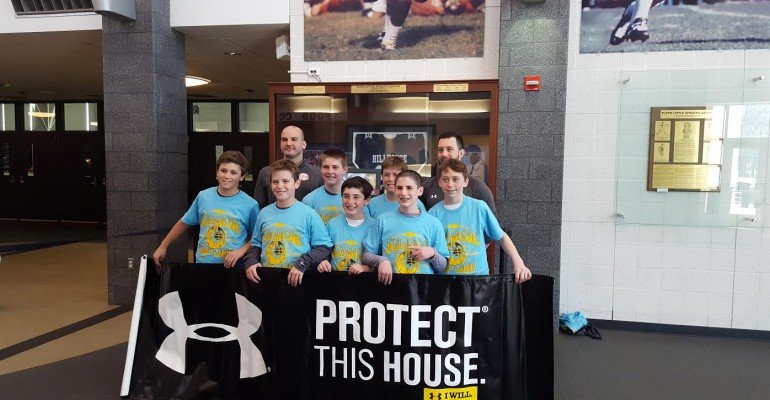 Boys 12-U have won the first ever tournament for the Fierce!

On Day 1 of the Junior Tip-Off, the Fierce won both games. In a big win over the CT Breakers — Hiro Wyatt scored 8 points, with Spencer Levine and Brian Fullenbaum both adding 7 points of their own. In the 7:40pm night cap, Kevin Hyzy led the way with 12 points. It was Harrison Keith’s 10 points, including three big 3-pointers from the corner, that thwarted off a pesky CSA Velocity squad by a final score of 44-35.

On Day 2, the Fierce played our way into the Finals by holding CSA Velocity to 23 points. Benji Titlebaum set the tone from the start by going coast to coast for 4 quick points. Kevin Hyzy scored 9 points and Hiro Wyatt chipped in with 6 points and big rebounds.

In the Championship vs a rested, talented and bigger Magic Time team — the Fierce played team basketball for all 28 minutes, and pulled out a thriller by a final score of 52-50. The Hyzy brothers (Kevin and Craig) combined for 29 points. Harrison Keith and JT Shapiro contributed 9 and 7 points, respectively.