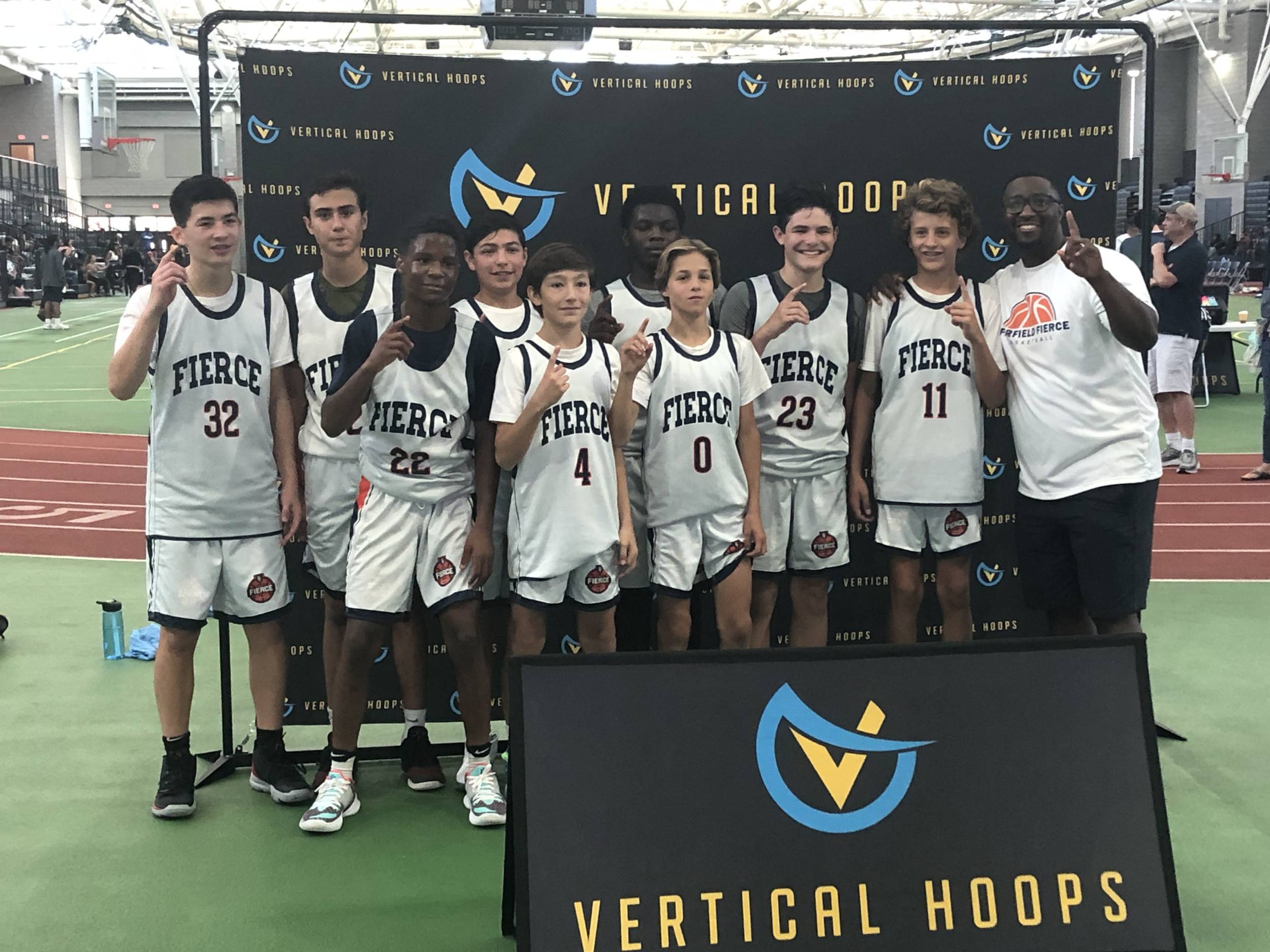 Fierce had 5 teams in action this weekend in New Haven.

8th grade came home with the championship with wins over Game Changers, 3D Hoops and CT Dream. Alex Llach was on fire all weekend from outside, but also delivered high level defense. Speaking of defense, Dameer Phifer was locking down at key moments, while also controlling the ball within the offense. Josh Daniels and Liam Yin brought a huge impact to the game on both sides of the floor. Tate Mahoney was up to his usual tricks with clutch 3 pointers from way downtown, and Luca Fusco helped with ball control and timely buckets. Nicolas Alvarez came up big in the title game with rebounds and mid-range jumpers, while Chris Bellantoni, Jaxon Ganchou and Ben Feinstein made the most of their opportunities off the bench.

5th grade almost went all the way in their tournament as well. After two huge wins on Saturday, they met a tough Amity Heat squad in the championship game. Down 12 points with 5 minutes remaining, the Fierce stormed back behind the clutch play of Jayden Wang, Matty Raffaeli and Eliah Pierre-Louis. In the end, they came up just short by a final score of 38-37. Throughout the weekend, Jack Pizzano was spraying in buckets from all over the court, with the rest of the gang hustling everywhere to bring great defense and energy.

9th grade won 2 out of 3 including back-to-back exciting games over CBA. Ty Levine scored 39 points on the weekend and distributed to teammates as well. Julian Marottolo used his speed to impact the game on both ends of the floor. Jack Plesser showed off his improved outside shooting along with some impressive floaters through the lane. Anthony Gambuzza also impressed with nifty scoring moves, and locked in defensively. Luka Ljuboja was a rebounding machine.

In three close games, 6th grade was powered by the scoring of Krish Dodani and Gavin Mertz. Cole Krollman was aggressive on both sides of the ball. Matty Corrigan was attacking the basket in the Sunday game, while Caden Quigley and Mitch DeBernardo put in some 3 pointers to keep the game close. Carson Dodder played tough inside.

7th grade Dinihanian put things together for a win against Game Changers. Justin Toothaker, Luke Stasko, Timmy Kelleher, Jack McClane and Kyle Dulak were all sinking 3 pointers throughout the weekend. Oliver Ljuboja was a force inside defensively, and Charlie McLean was gobbling up the rebounds.