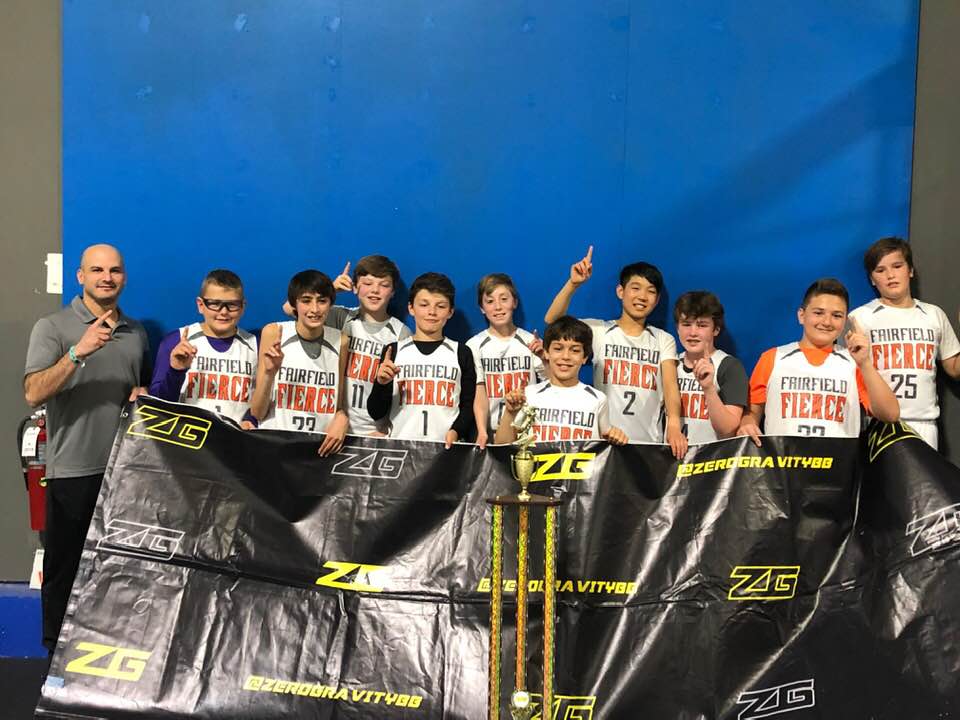 On Saturday, their ferocious defense was on full display as they turned back the clock and looked like the old ‘bad boy’ Detroit Pistons. Three players were blocking the same shot. The defense was scrambling and rotating all over the court to put pressure on the ball. Between TWO games, opponents scored a TOTAL of 22 points — 13 points in the first game and only 9 points in the second game. Charlie Jones was cutting off the passing lanes and then going coast to coast on his way to a season high 22 points. Finbar Malloy was like a “swiss army knife” — providing a little bit of everything — scoring, rebounds, assists, steals and blocks. Kyle Dulak shot lights out with 4 three pointers. Joshua Stewart-Jones and Ryan Grooms contributed timely buckets as well.

On Sunday, the competition got tougher but the Fierce stepped up their level play another notch. In a 31-20 morning win over the Newtown Monarchs, Danny Goldberger controlled the offense as point guard and also caused chaos with his pressure defense. The victory advanced the Fierce to the 4pm Championship Game at Insports, where they had a showdown with 3D Basketball. Everything came together for an all-around 52-42 team win for the state title. Nick Brodsky received MVP honors as he recorded the first triple double in Fierce program history — with approx 15 points, 11 rebounds and 10 blocks. Justin Wang led all scorers with 16 points. Matt Goos was tremendous in the paint with 10 points and 14 rebounds.