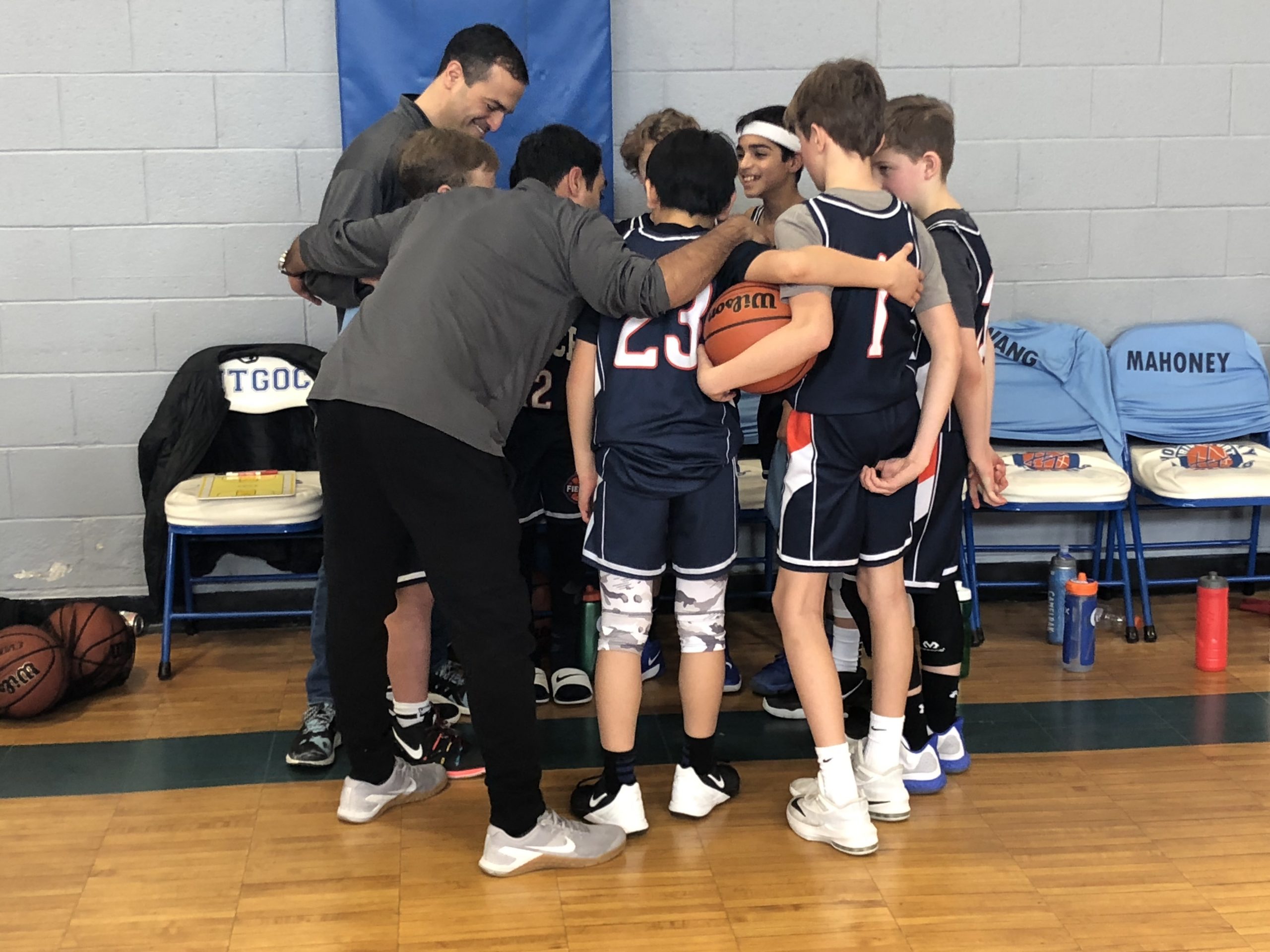 Congratulations to our 5th and 7th grade winter travel teams for capturing their regular season division titles in the Fairfield County Basketball League! On to the Playoffs!

5th grade clinched the ‘A South’ division yesterday with a hard fought victory over Mount Vernon. Luca Scalera went for 21 points and Krish Dodani scored 16 points including a clutch late 3 pointer. Jayden Wang and Johnny Stauss each chipped in 7 timely points of their own. Mac Mahoney had 4 points and a big time blocked shot. Alex Perman helped control the ball and locked in defensively. Sam Tymniak and Mason Neely battled all game with opponents almost twice their size. Brady Morison and Timmy O’Neill were away for this one — however their contributions all season long were front and center — with scoring, hustle plays everywhere and FIERCE defense.

7th grade — the “cardiac kids” — won the ‘B South’ division title with a victory over Fairfield. Aidan Shea continued his scoring streak with a 28 point performance. Danny Goldberger and Luke DiLillo provided the ball control and outside shooting, while Jack Cramer and Oliver Ljuboja together delivered an unstoppable inside presence. Justin Toothaker brought his defensive-first mentality and play-making abilities. Timmy Kelleher and Jonah Hourihan found their mid-range shooting, while Luke Stasko and Andrew Fraise helped space the floor from the outside.
Image may contain: 2 people, basketball court and indoor