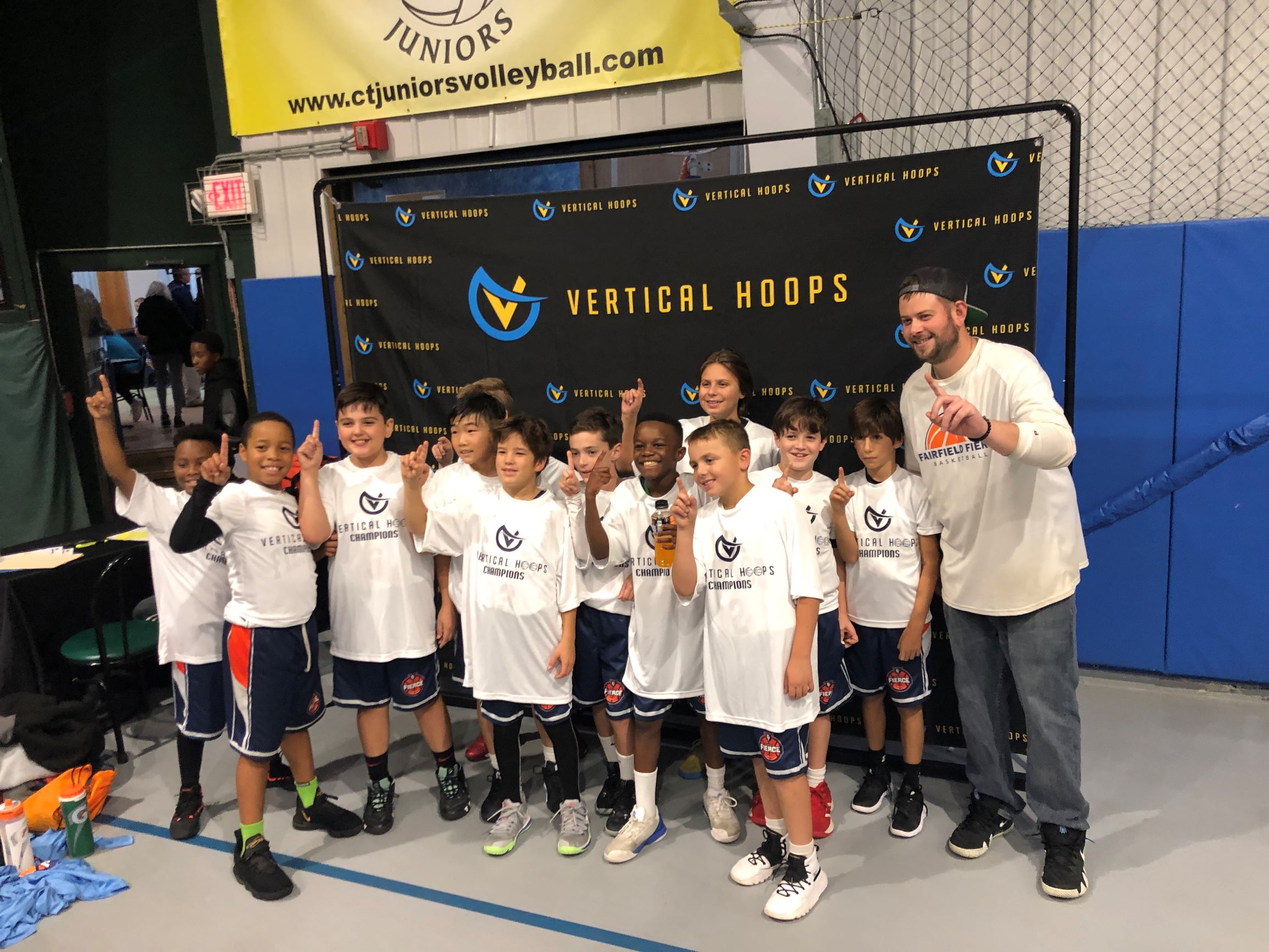 Congratulations to 5th grade and 7th grade this weekend for winning their tournaments in Woodbridge, CT!

Benjamin Brown, Matty Raffaeli, Jayden Wang and Eliah Pierre-Louis all starred for 5th grade. Ben Brown was all over the court forcing turnovers, grabbing rebounds and making good passes to teammates. They defeated Amity Heat 34-26, and CT Wildcats 38-22 and then 27-12 on their path to the championship.

7th grade had to beat a pesky CBA team twice in two days to take home the title. Ryan Moore was sensational in the Championship when he scored a career-high 38 points — everything he put up was going in.